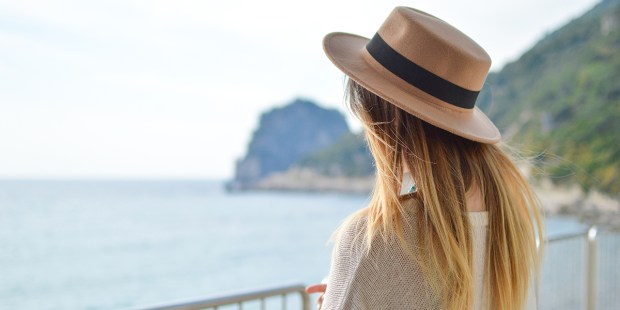 Something may not be your fault, but it’s still your responsibility.

It’s because of him. It’s your fault. She did it. It is easy to make other people responsible for our own problems. This tendency dates back to the beginnings of humanity. Adam and Eve used it well. Adam blamed Eve and God for his sin. (“The woman you put here with me gave me fruit from the tree, and I ate it”), while Eve blamed the serpent (“The serpent deceived me, and I ate the fruit”).

Read more:
5 Things that therapists wished their patients knew before coming to therapy

Perhaps as you read this, you’re thinking … But it’s not my fault that my husband explodes, or that my wife is a big spender, or my father drinks or the relatives do nothing and leave everything on my shoulders. And you’re right. It doesn’t have to be your fault. In fact, assigning blame is useless because it leads to making judgments, and that changes nothing. Except maybe that it tickles your pride and allows you to feel better, a bit superior.

But let’s talk now about taking responsibility instead of assigning blame. Often you have no control over the problems or difficulties that come into your life. What you can control, however, is your reaction to them.

If someone reacts with anger for no reason, he should work on it and seek professional help. It is his responsibility. Your responsibility is to decide whether you accept his/her behavior or not.

You can quietly suffer the injustice and just take someone’s anger attack, or you can say, “I will not talk to you until you calm down” and leave the room. You have the power to set boundaries, to refuse to be treated this way.

The truth is, you get what you agree to. And it’s this part of the problem that you need to take responsibility for.

I am a psychologist, and I remember a story told to me by one of my clients, Basia. She complained that her boss often criticizes her work and orders her to change it, and when she makes the changes, he’s still unhappy. Basia never knew what to do to please him. In the end, the boss always signed off on it, but Basia couldn’t figure out how to prepare her work to avoid revisions. She couldn’t identify any rules, leaving her very insecure and stressed out.

Read more:
Kathy Griffin and the vanishing of argument

Initially, she tried to stay positive, but quickly ended up complaining and was angry but still did not confront her boss. At some point, she realized that while she cannot influence her boss, there is a part of the situation she could take responsibility for.

The next time, when she prepared the documents only to be criticized by the boss, she asked him to identify exactly the parts to be changed. Her boss balked, but Basia’s persistence eventually wore him down and he gave her some specifics. When she showed him the revised documents, her boss started to shake his head as always, saying he didn’t like it. Basia reminded him of their previous conversation, and as a result, she needed to make a few more modifications, but she knew exactly what needed to be changed.

Basia had no influence on the fact that her boss changed his mind and clung to details. However, she could take responsibility for her reactions to his behavior. She could choose to be angry, frustrated and blame her boss, or she could confront her boss about his lack of consistency in identifying changes. But when she took the responsibility for her part of the problem, she felt better and, to some extent, changed the situation.

You can do the same. No matter what situation you are struggling with, you can either blame others or identify the part you are responsible for and what do you have influence over, and then take action.

Pay attention to your thoughts. When something isn’t happening the way you would like, what kinds of thoughts go through your head? Are you searching for the guilty party? Do you try to escape responsibility? Do you feel helpless? Or do you look for solutions?

If you are depressed about something that happened, think about what you can do, and about what you do have influence over. Does your complacency contribute to the worsening state of affairs? Try to see whether you have a role in the creation of the problem, then take responsibility for it, roll up your sleeves, and get to work. You can do much more than you realize to make things better.

This article was originally published in the Polish Edition of Aleteia and adapted for an English-speaking audience.