Serving God and a woman in need at the Walmart 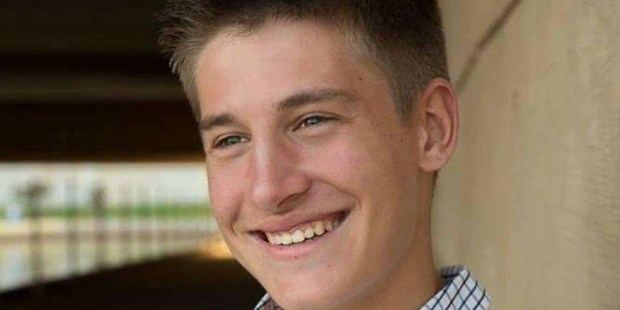 20-year-old cashier felt nudged by God to help a customer, and “When God tells me to do something, I do it.”

A frazzled looking woman showed up at the checkout line of a Walmart in Newcastle, Oklahoma, and a row of impatient customers quickly formed behind her.

She had three active kids with her as she loaded a lot of groceries on to the belt. As she got out a card, a few customers let it be known that they were annoyed it was taking so long.

The 20 year-old cashier, Nicholas Tate, wasn’t impatient, though. He was calm and compassionate as he casually asked, “Has it been one of those days?”

The woman responded yes and said she was a foster parent and had just signed up for a federal program that helps low-income families – WIC.  It was her first time using her WIC card.

“She apologized beforehand because she was using WIC and had never used it before,” the Austin Bible Institute student said. He told her it wouldn’t be a problem.

But it turned out there was a problem. The foster mom’s new card wasn’t working for several items, including the main thing she needed — baby formula.

Cashier Nicholas was about to call for a manager but felt prompted to intercede himself.  “I felt like God was calling for me to pay for her bill,” he said. “It was without a doubt – God was saying, ‘Pay for this.’”

So that’s just what he did.  He got out his own credit card to pay for the $60 worth of groceries. The foster mom was so flabbergasted she burst into tears and left the store.

“When God tells me to do something, I do it,” Nicholas said. “God told me, ‘I put you in this place at the right time and I knew you were ready for this – to pay for this. So without hesitation, I pulled my card out and swiped it.”

A few days later, another customer came up to Nicholas and showed him a Facebook post, and asked if he was the cashier mentioned in the posting. The foster mom had been so shocked by the young cashier’s kindness and generosity that she hadn’t thanked him. She decided to post a message on Facebook hoping to find the cashier’s name so she could thank him.

Thanks to social networking, she was able to do just that, and more.

“I don’t remember everything he said to me after [swiping his card] but I do know he told me that I wasn’t failing and that what we were doing was an amazing thing,” the woman explained.

“I have been able to get into contact with this young man … and thank him again as well as his mom and tell her how incredibly blessed we were by her son and thank her for raising such an exceptional young man,” she wrote. “Additionally multiple managers from Wal-Mart have contacted me regarding this issue to figure out who it was, wanting to help make it right and help however they can. As well as someone from WIC.”

Meanwhile Nicholas, who hopes to be a missionary in Honduras some day, says he’s surprised how many people have been touched by his kindness to a stranger. “It was pretty cool getting to talk to her. I was just trying to bless someone and make their day and it turned into something incredible,” he said.