In the revised history of Europe, “Religion does not exist…” 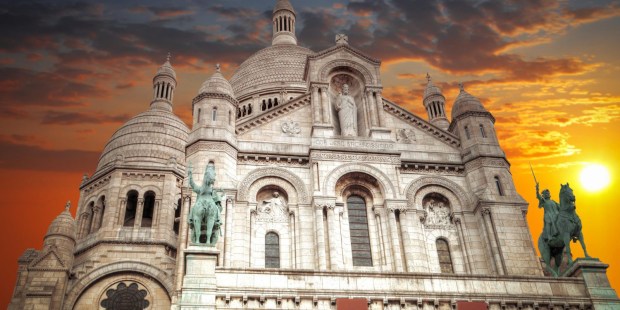 The “spiritual patrimony” that helped form and sustain Europe is being officially erased from her memory at the new “House of European History”.

Looking at things from this side of the Atlantic, it is easy to think of Europe as a single, united entity. Seen up close it’s not so clear. National identity keeps getting in the way.

French, German, Italian, Polish, and so on—those ancient identities still matter to many people. As arguably they should.

National identity bestows a sense of rootedness and continuity that the new European institutions apparently haven’t been able to supply up to now. A case in point: last year’s Brexit vote in Great Britain, shocking to the pundits, which took the country out of the European Union (or, more precisely, set that process in motion). Being English, it seems, still counts for more with the English than being European does.

Religious identity is also part of the equation—today, a disputed one. This relationship once seemed overwhelmingly clear to someone like the Catholic apologist Hilaire Belloc, who famously wrote:  “Europe will return to the Faith, or she will perish. The Faith is Europe, and Europe is the Faith.”

Today’s secularized Europeans obviously aren’t buying that. Yet if they’re honest, many would agree that it’s a species of historical blindness to ignore the role played by Christianity in shaping Europe—both the Europe of the nations and Europe as a whole—not only in the past but also now.

Yet ignore it some do. An institution that opened its doors in Brussels last spring stands as a kind of monument to that.

Here, reports Arnold Huijgen, writing at Acton Institute online, “the French Revolution seems to be the birthplace of Europe; and there is little room for anything that may have preceded it.” In this narrative, the European Union itself is “the high point of European history,” he notes.

But, says Huijgen, a professor at a Reformed Church theological school in The Netherlands, what’s most striking about the House of European History’s vision of European history is that “religion does not exist … No longer is European secularism fighting the Christian religion; it simply ignores every religious aspect in life altogether.”

This is hardly new. On the contrary, it’s been taking shape for many years. The erasure of religion from a museum of European history reminds me of a telling observation by Dietrich Bonhoeffer, the Lutheran theologian whom the Nazis executed shortly before the end of the war for his involvement in a plot against Hitler.

In his unfinished, fragmentary, powerful Ethics, he identified the “new unity” introduced into Europe by the French Revolution in place of the old Christian unity shattered by the events surrounding the Reformation as a unity in “western godlessness.”

“It is not the theoretical denial of the existence of a God. It is itself a religion, a religion of hostility to God,” Bonhoeffer wrote, adding that this modern godlessness “ranges from the religion of Bolshevism to the midst of the Christian churches.”

Secular Europe can no more ignore the formative role of religion than it can ignore the national identities within it. Pope Francis speaks of Europe as having a “spiritual patrimony” that needs communicating to Europeans themselves with “passion and a renewed freshness.” He was right. But where is that happening now? Not in Brussels, unfortunately.