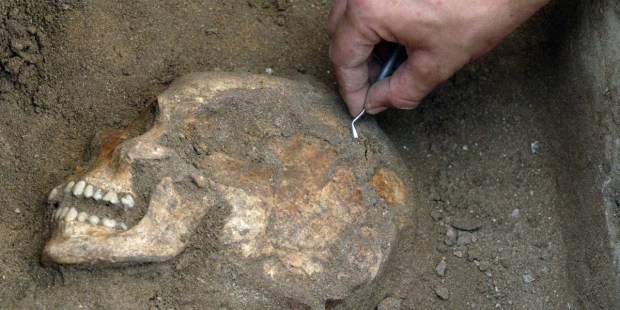 News outlets are schooled for getting their Bible history wrong.

Did the ancient Israelites actually destroy the Canaanites, as the Bible said they did? This is a surprisingly trending topic on the internet lately, sparked by a recent DNA study that found that descendants of the Canaanites are alive and well in Lebanon.

News outlets reported that the study, which examined DNA extracted from the bones of ancient Canaanites and compared it to that of modern day inhabitants of Lebanon, showed that the Bible was wrong.

The evidence of the continued existence of Canaanites today, they reported, refutes the Bible’s claim that the Canaanites were wiped out by ancient Israelites who were following God’s orders to annihilate them.

Mollie Hemingway of The Federalist, however, points out that Scripture never said that. Noting that journalists have a track record of “biblical illiteracy,” she helpfully offers a quickie remedial course on the Old Testament.

Citing chapter and verse from the book of Joshua, she shows that rather than refuting the Bible, the DNA study actually proves that it was right:

“And it came to pass, when Israel was strong, that they put the Canaanites under tribute, but did not completely drive them out.”

“By the end of the very exciting book of Joshua,” writes Hemingway, “readers are told that the annihilation of the enemy is not complete.”

Read the entire story in The Federalist here.