This is why churches have columns 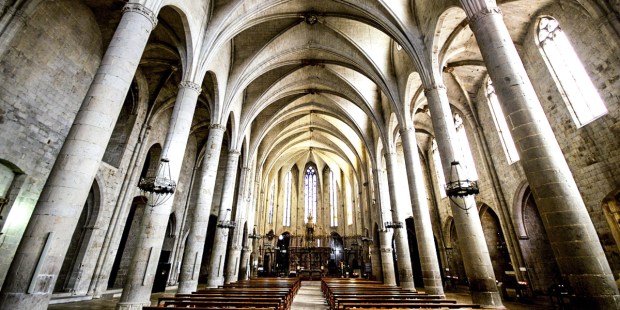 There is a deeper meaning beyond the structural support they give.

The column is a familiar feature of church architecture that serves a dual purpose of supporting the building as well as raising souls up to God.

The Greco-Roman world is probably best known, architecturally, for their stately columns and it is these columns that Christians adopted as they began to build their own buildings. Interestingly, these structural supports were originally seen as representatives of individual human beings. This can be clearly seen in the names given to the different parts of the column.

This same symbolism was then carried over into Christianity. In the book of Revelation it is written, “I am coming soon; hold fast what you have, so that no one may seize your crown. He who conquers, I will make him a pillar in the temple of my God; never shall he go out of it, and I will write on him the name of my God” (Revelation 3:11-12).

The columns then represent the People of God, who are the “pillars of the Church.” Furthermore, different capitals can signify different saints.

The doric column was originally associated with male gods like Mars and so became a symbol in Christianity of male saints.

The ionic column, based on the proportions of women, was used to symbolize women saints, such as the Blessed Virgin Mary. The scrolls on the capital indicate the curly hair of women.

More elaborate columns were used to indicate the status of the church or building, with cathedrals having the most intricate.

So while it may appear that columns are only there to support the building, their presence has a deeper spiritual meaning that is meant to remind the people of their role in the Church.

Read more:
This is why churches have steeples