The end of the world is always 10 years away 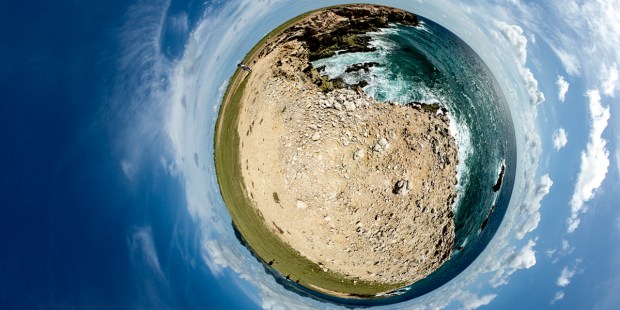 Alarmists have been doling out humanity’s demise decade by decade, but it has resulted in some very positive developments.

Unchecked population growth will result in widespread famine, multiple wars over dwindling resources, and will yield only social, economic, and environmental collapse.

These were the key dead-certain predictions contained in the 1968 book The Population Bomb by Sanford University professor Paul R. Ehrlich. His wife, Anne Ehrlich, was co-author but she was not credited until some years later. Ehrlich was then a biologist specializing in butterflies (he became a professor of population studies after publication of Bomb).

Ehrlich was an alarmist. That’s putting it nicely. The only prediction about which he was even half right is the present-day size of the world’s population. As for other predictions, The Bomb is a dud.

Foremost, Ehrlich did not foresee developing agricultural improvements. He didn’t even know they were underway. The The Green Revolution had been percolating since the 1950s and before, and was showing results. But for Ehrlich, many people simply meant less food.

While Ehrlich was wearing a The End is Near sandwich board, Norman Borlaug (d. 2009), a Lutheran sleeves-rolled-up agronomist from Minnesota, was working in Mexico, Pakistan, India and elsewhere. Mexico became a net wheat exporter in 1963. The Philippines became a rice exporter in 1968, for the first time in the 20th century. By 1970 India and Pakistan more than doubled their wheat production. India became a net exporter; Pakistan became Asia’s third largest grain producer, also an exporter, and Borlaug was awarded the Nobel Peace Prize in 1970 for his work.

While this was happening, Ehrlich was calling for “social policies” to curb population. He suggested mandatory sterilization of Indian males with two children, and he asserted that U.S. food aid to the Third World should be withheld from recipient nations that would not agree to compulsory population control.

Borlaug is often cited as “the man who saved a billion lives,” while Ehrlich, now nearing 86, argued in 2009, “Perhaps the most serious flaw in The Bomb was that it was much too optimistic about the future.”

Was it Yogi Berra: “Predictions are hard to make, especially about the future”?

Ehrlich wasn’t the only voice complaining about people being the world’s ailment. He was only the latest at the time, but he popularized the scary tale of too many people.

Two previous books fretted over the same thing. Our Plundered Planet (1948) by Fairfield Osborn Jr. is aptly described as typifying early “apocalyptic environmental literature.” He too had immediate prescriptions for saving the earth, even if most of them, as he acknowledged, were politically impossible. Yet he had the right prescriptions, he firmly asserted, whether his facts were correct or not. Plundered received generous praise at the time, and still does. An “excellent early statement on environmental collapse due to human overpopulation,” says one Amazon reviewer.

Road to Survival by William Vogt (1948) is another in the same genre. In the approving view of one reviewer at the time, Vogt confidently declared, “The rising curves of population in most countries of the world must be stemmed or else we face continually lowered living standards throughout the world.” For Vogt, food aid amounted to “tossing sandbags at rising flood waters.”

Osborn was board secretary of the New York Zoological Society; Vogt for many years was national director of Planned Parenthood. He died 1968; Osborn in 1969. They are credited with the revival of Malthusian doom economics that began reappearing in the 1950s and 1960s. Ehrlich’s work merely repeats many of the same themes.

For both of these men, as well as Ehrlich, their population ire was directed at China, South America, India, and other nations called Third World. It wasn’t so much “population” that provoked them so much as “some populations.” The major premise was “those populations must be suppressed.” Those people eat too much, clamor for too many resources, and they will lower living standards if we let it go on.

(A note about living standards: A majority of the world population is now middle class, relative to their national GDP, according to The Economist, February 12, 2009.)

The solutions offered to the problem of population were, and in some ways remain, bureaucracy, increased taxation, compulsion, threat, and “family social policies,” or else “in only ten years” we face calamity. In this sense they were no better than current predictors of climatic catastrophe (too many people emitting too many emissions). It amounts to more bureaucracy, more taxes, more threats, and more compulsory “family social planning.”

I keep thinking, oddly, of Harold Camping with his series of spectacularly failed predictions of the rapturous end of the world. Camping’s last prediction was October 21, 2012. The date had been moved back from May 21, 2011 when, again, the world had not ended. My wife had a friend swept up in this, posting despondent Facebook updates as the hour came and inevitably passed.

Ehrlich, Vogt, Osborn, and others like them are essentially dressing up something religious, disguised as science. Their warnings were and are like Camping’s. Camping led thousands in a betrayal of trust, taking their money for his arcane calculations, insisting he had the best biblical diagrams and charts, and was therefore the expert and should not be questioned.

And like Camping, the population prophets are never wrong, except for the timing.