Honor my mother and my father? Why should I? 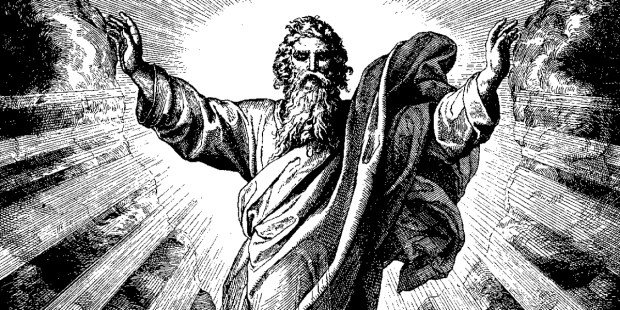 All parents fail sometimes. Some parents seem hard to forgive. How do we live with this strange commandment?

“I love parents!  Without parents, I’d lose half my business.” So said a family therapist I met years ago. She continued: “Most people don’t understand how thoroughly vulnerable children are. Kids must believe their parents are somehow okay—their whole world depends on their parents. So kids excuse nearly everything wrong their parents do and blame themselves. Later, they seek therapy to discover their parents helped to make them the mess they are today. Staying in therapy long enough, they discover their parents were a mess because Grandma and Grandpa were a mess too. That’s why I’ll always be in business!”

Some people rush to assure those who’ve suffered abuse as children that they’ll feel oh-so-much better if they simply forgive, “move on,” and then embrace the Fourth Commandment. That’s only half right. There’s a healing that can come from extending forgiveness to those who have wronged or hurt us. But often, people need healing before they can release the power of forgiveness upon others and themselves. They’re so deeply injured that they must receive healing before they can do anything else. Such suffering souls must turn to Christ crucified.

Read more:
Forgiving Bullies: A Letter from Lamb to Wolves

Remember that Jesus suffered most from those who should have welcomed him, loved him, honored him, and rejoiced over him. Worse than the grotesque physical abuse that led to his death was the wound to his heart from the rejection by those to whom he had only given love. Recalling the rejection of the Lord’s love, I remember these words from Charles Dickens speaking of children: “It is no small thing, when they, who are so fresh from God, love us.”

How can parents spurn or betray a child’s love? I don’t know. But I know that they do. And I know that their children (at any age, even as adults) can find hope in healing in Christ crucified, whose Father gave him a victory over all the abuse he had suffered. Christ wishes to share his victory with us—including those who have suffered at the hands of stupid, neglectful or abusive parents.

Why are we called to honor our father and mother? Because in God’s plan, they are his representatives. They are meant to represent him as he is for us life-giving, life-sustaining, provident and loving. We are called to honor our parents because they co-operated with God to give us our lives. To honor the parent, then is to honor our own lives.

Jesus wasn’t defined or defeated by his betrayers. With God’s grace, the same may be true of us. Some may be able to reconcile with their parents. Others may be able only to say, “I don’t hold it against them.” The Fourth Commandment doesn’t demand looking at our parents with rose-colored glasses. It does mean that we must honor what God intended our parents to be—representatives and reminders of his goodness, and of the love for which he made us. Even if they’ve failed us, they were the means by which we came into the world in which we can come to know and love God.

When I write next, I will speak of “the mysterious case of the shrinking Church.” Until then, let’s keep each other in prayer.