Financial problems don’t have to destroy your marriage: How one couple survived 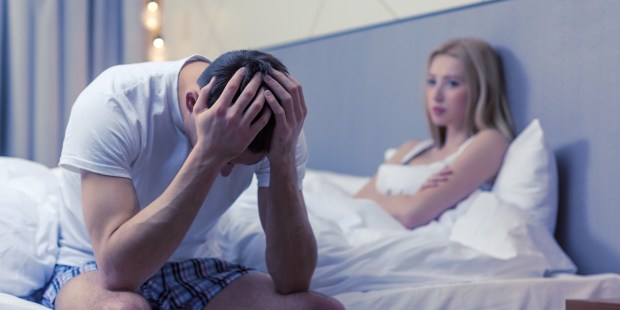 A testimony about how one couple learned to live within their means and to love each other more than material things.

My husband and I got married and immediately tried to reach the high standard of living that our parents had reached after years of work and effort. We ended up deep in debt right from the start. We went through years in which our income was just enough to pay our debts and live with a certain degree of frugality, which — together with unexpected expenses — tired us out and created tension in our relationship.

Then we tried to resolve this crisis as if it were a purely economic one; we mortgaged the house in order to make investments from which we expected such a promising return that all our problems would be solved. But our predictions, plans, and promises didn’t pan out as we had hoped, and that made us fall even more into debt.

Read more:
6 Habits that will destroy your marriage, and how to avoid them

When we were both about 40 years old, we had to admit that it wasn’t at all unrealistic to think that our best years would be spent paying off debts. Our relationship started to be filled with dark shadows of fear, irritability, guilt, resentment, and obsessions.

Those shadows started reducing our ability to love each other and nourish our marriage. We ended up feeling trapped by the impossibility of going back in time and changing our past even one bit.

We knew that there was no other option for our family than to start over, climbing up the steep hill of responsibility, but now with the added weight of having become more pessimistic and insecure. What would happen if one of us got sick? Or lost our job? Or if such-and-such a decision turned out to be another mistake? What if … ?

To make things worse, we were clinging absurdly to mutual accusations like, “You should have done this or that, or tried this or that …” We kept churning up the past, constantly complaining, and our marriage deteriorated faster than ever.

Our problem was turning into psychological insecurity that poisoned our relationship. We were weighed down by the past and pathologically apprehensive about the future. We stopped living in the present — a present in which we, as spouses, couldn’t find common ground where we could support each other. Without ceasing to love each other, we reached the point of discussing divorce — a very painful situation which made us decide to ask for help.

At last, by being forced to ask for help, we began to change and move forward, albeit painfully.

Live in the present

We came to understand that, to make it possible for good things to happen, we had to stop reacting nervously, dragged along by events; instead, we needed to be proactive.

So, we decided to start over again, letting go and accepting that the past was the past, and that, regarding the future, it was impossible to predict perfectly what would happen or how. We realized that, in the end, the present was the only thing that belonged to us; only in the present could we make free decisions, using the best of our intellect and will.

How did we put this into practice? We started to make our decisions with more realism, foreseeing and planning things as best we could, trusting in God and working hard, and lowering our standard of living to a modest one that would put us under less pressure while we paid off our debts.

We decided that, in order to save our marriage, our decisions should be focused more on being than on having. We realized that, to be happy, we really needed very little.

We turned our house over to the bank to pay off our debts, and we rented a modest but dignified dwelling. To our surprise, we found excellent and affordable schools, bargains at the supermarket, and many other things we hadn’t considered before that made it possible for us to live happily at a lower socio-economic level.

Read more:
This simple 5-step strategy will help you figure out what you really want

No nostalgia for the past

We re-educated ourselves, learning to live one day at a time, without a sensation of emptiness or frustration because of not having one thing or another, or because of living in the past (feeling sad and disillusioned) or in the future (overcome with fear or vain hopes). We started living in the here and now, instead of waiting to live until we could achieve some goal or another or solve some problem we had on our minds.

Our resolutions were very clear and firm, and they laid the foundation for organizing our ideas, actions, and feelings, so we could enjoy our new-found internal freedom.

There’s no reason why financial bankruptcy should lead to marital bankruptcy. The most important consequence of this realization was that we were able to reconstruct our marriage. By coming to an awareness of our defects and our previous lack of mutual support as spouses, we could then regain, little by little, time and space for our love. Marriage is an infinitely more profound reality than the mere intersection of two lives in the fickle ups and downs of human existence.

Now we live with happiness and with hope for the future, but without making financial success the condition of our feeling fulfilled. We are more important than our inexperience and mistakes, and we trust that Divine Providence is guiding our destiny.

If we were depending only on our own wits, we’d really be in for it.

Nowadays, we accept whatever happens to us, we interiorize it, and we transform it into a story that belongs to us alone. Without denying the reality of our circumstances, we never doubt the possibility of restoring, protecting, and increasing our love.

This article was originally published in the Spanish edition of Aleteia, and has been translated and/or adapted here for English speaking readers.