Poland’s Catholic bishops call for Sundays off for all 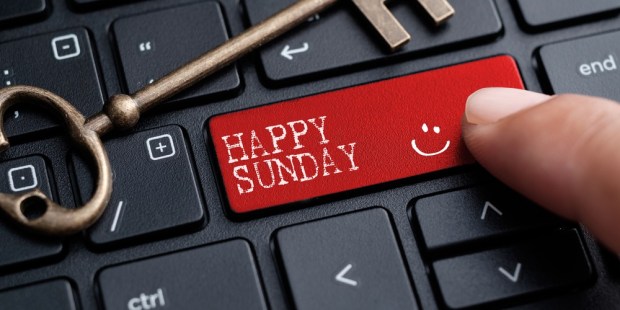 Poland’s leading Catholic bishops have spoken out in support of establishing a ban on Sunday commerce. Speaking on Polish Radio, Archbishop Stanislaw Gadecki claimed “Free Sundays are what all Catholics, non-Catholics and non-believers need.” The interview came before the upcoming meeting of the Bishops Conference, which is expected to support the proposal.

Of course, the ban could only be instituted by the Polish government. BBC reports that the bishops have taken great care to appeal to the government through secular terms, keeping the religious aspects of “Free Sundays” out of their arguments.

Archbishop of Katowice, Wiktor Skworc appealed to the government to “show some compassion for women in the form of those who have to work in supermarkets on Sundays”, and accused it of showing “contempt” for Solidarity and the bishops by delaying consideration of the ban. He also warned local MPs and senators that he expected them to vote “in line with the views of their voters”

There is strong opposition to the proposal, a poll taken by TVN 24 found that only 35% favored the ban, with 59% against it. The main concern of opponents is that that removing 45 days of commerce a year could negatively impact the economy. The proposed ban would allow shops to open seven Sundays each year.

Piotr Mazurkiewicz, who writes on the economy for the heavyweight Rzeczpospolita daily explains that tourism from Germany and Scandinavia would be especially affected, because Poland is a popular nearby weekend getaway destination.

The vote is to take place in 2018 and since the movement has shown continued growth over the last few months, the “Free Sunday” initiative may well be passed. Labour Minister Elzbieta Rafalska acknowledges this, but suggests that it be introduced “in stages” if passed.