20 Amazing facts about babies in utero 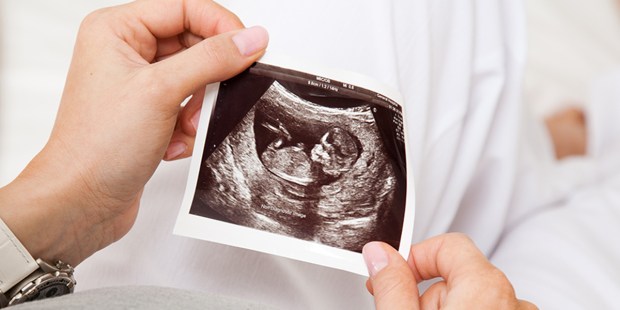 A doctor and a journalist examine the weeks of gestation with the fetus as the protagonist.

Dr. Eduard Gratacós and the journalist Carme Escales have developed a guide to follow the baby’s life step by step from the first weeks of gestation. Dr. Gratacós is director of BCNatal, a reference center in maternal-fetal and neonatal medicine at Clínic and Sant Joan de Déu hospitals in Barcelona. He is an international expert in fetal development. Carme Escales received the Boehringer Ingelheim Award for Journalism in Medicine in 2016. In 9 Months From Within, Dr. Gratacós and Carme Escales wanted to make the baby the protagonist. That is why much of the book is written in the first person. It is the fetus himself who explains some odd facts that give us a sense of joy and wonder at the mystery of new life.

Here are 20 facts about fetuses that you probably didn’t know.

1. The first heartbeat occurs at week 5 of gestation. But the entire heart is only the size of the head of a pin! During this week, the heart grows from 1 millimeter to 2.

2. In week 9, “I begin to open my mouth. I now have the suction reflex, which will allow me to nurse. First it will be an automatic movement and then a reflex that will occur whenever I receive the stimulus … At two and a half months, I can suck quite well.”

3. In twin pregnancies, “the woman may experience more morning sickness. The cause of the nausea and vomiting is not entirely clear. We do know for sure that HCG, the hormone produced in the placenta that tells the ovary to produce progesterone, is a key factor. That’s why women with twins, which cause a lot more HCG to circulate in the blood, can feel a lot more morning sickness. At the same time, we know that this hormone alone doesn’t cause the problem; it has to be combined with changes in other hormones, such as estrogen or thyroid hormones, to give that effect. In some cases, morning sickness may also have a big emotional component.”

Read more:
What pregnancy taught me about my own powerlessness

4. At week 6, “I measure 4 millimeters. I’m still like a tadpole. I still have a tail until week 8.” Then this tail will not disappear. “It will recede to give way to my tail bone, inside the trunk.”

5. Each pregnancy helps the next. “The mother’s immune system has a memory. The maternal-fetal recognition necessary for the success of pregnancy happens more efficiently” each time. “This may favor better implantation and functioning of the placenta.”

6. Fetuses also pee. It happens for the first time in week 9. “My kidneys are still primitive but they already produce some urine. It’s my first pee-pee. At the moment, it’s very little, but it will increase rapidly and in a few weeks I will urinate about as much as after my birth.”

No to the hipster beard; yes to the mustache

7. All fetuses have a mustache, which is called a lanugo. It is a kind of very fine hair, like velvet, that covers the whole body from week 15 on. “It has started to come out on my head, and on some parts of my face, especially in the mustache area. All of us fetuses have a mustache!” (Yes, even girls!) It will disappear shortly before birth and then the permanent hair will appear. Elephants, whales, and seals also have lanugo, as do primates. But only the human being loses it before birth: the other species will always keep it.

8. Each fetus has its own fingerprints. They begin to form in week 10 and are unique to each one, even in identical twins.

9. Fetuses open and close their eyes. Although they are in the amniotic fluid, it is as if they were swimming in a pool and were opening their eyes. This occurs in weeks 12 to 14. Also, “I begin to touch my face with my hand. Little by little I will start to put it in my mouth from time to time, and later I’ll put my thumb in.

10. Fetuses yawn. And they do it often, between one and three times an hour. It occurs from week 13 on. The funny thing is that scientists do not know why most mammals yawn.

Is it possible for the fetus to stick out his tongue in the ultrasound?

11. Starting in week 13, fetuses start to stick out their tongues. So on an ultrasound it may appear that the fetus is making fun of the “photographer.”

14. The fetus’ skin heals on its own. The skin of an unborn baby is very special. If you had to surgically intervene, puncture, or put a catheter into the fetus, the incision would be the doctor’s least concern because he knows that the wound will close on its own and also leave no scar.

15. If you are a girl, at around week 20 you will have produced 7 million eggs. At birth, you will still have 2 million, and at puberty there will be about 400,000 left. Even so, there are so many because a woman ovulates about 400 times throughout her life, once each menstrual cycle.

16. If the fetus is a boy, the process is different. The testicles will produce large amounts of testosterone from week 12 to week 24. Unlike girls, boys constantly produce new sperm in the testes for many years. “In my life as a fetus, I create thousands of cells that are precursors of the spermatozoid and they also remain dormant until puberty.”

17. The fetuses are covered with a substance that is like butter. It is called vernix caseosa. “It is very soft and its function is to protect me in the final phase of pregnancy.” At birth it will act as a protective moisturizing cream on my skin and help maintain my temperature. After childbirth, it remains for a few days until it comes off on its own.

Of course we are different!

18. Gender difference is also noticeable in the brain. Scientists can already distinguish many areas with tests like the MRI. The language area is usually 20% larger in women. Children’s brains are larger on the outside, but they also have more fluid.

Read more:
The greatest sex scandal may be the drive to abolish male and female

19. The color of the skin is set from week 23. During the first 20 weeks, the skin color of all fetuses is the same. In week 23, each person acquires his own skin tone.

20. The fetus is a big sleeper. The brain needs a lot of energy to form. He spends the day sleeping, but from the 26th week on, he begins the cycle of sleep and wakefulness. At most, fetuses spend 20 minutes awake every hour. If the mother notices kicking, it means the fetus is awake and everything is working as it should.

This article was originally published in the Spanish Edition of Aleteia and has been translated and/or adapted here for English speaking readers.