Resist! It’s time to rally against the darkness 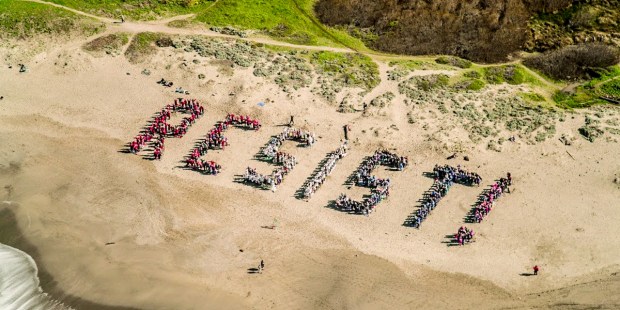 Resistance requires initiative.  We mustn’t change our proposals, but rather ourselves — intensely.

Third in a Series on Jesuit Wisdom for Praying through Desolation

“Long is the way and hard, that out of Hell leads up to light.” (John Milton, Paradise Lost) Do we need reminders during hurricane season that life is hard? On the 16th anniversary of 9/11, do we need reminders that that this Earth cannot be our true home? Yes.

The Church teaches that we go about “mourning and weeping in the valley of tears.” In Part 1 and Part 2 of this series on Jesuit wisdom in times of desolation, we learned what spiritual desolation is and why God permits it. Now we’ll learn to resist it, thereby gaining spiritual strength. In each generation, each life, each moment, these lessons must be repeated—for Satan wishes to keep such soul-saving wisdom from us.

“There is no such thing as darkness; only a failure to see.” (Malcom Muggeridge) Jesuit wisdom illuminates Satan’s stratagems for exploiting desolation; it also teaches the use of desolation for spiritual maturity. Saint Ignatius’s first four rules are descriptive; the next rules are normative.

Fifth: In time of desolation never to make a change; but to be firm and constant in the resolutions and determination in which one was the day preceding such desolation, or in the determination in which he was in the preceding consolation. Because, as in consolation it is rather the good spirit who guides and counsels us, so in desolation it is the bad, with whose counsels we cannot take a course to decide rightly.

Sixth Rule.  Although in desolation we ought not to change our first resolutions, it is very helpful intensely to change ourselves against the same desolation, as by insisting more on prayer, meditation, on much examination, and by giving ourselves more scope in some suitable way of doing penance.

Resistance requires initiative. We mustn’t change our proposals but rather ourselves, change ourselves intensely, and change ourselves precisely against the desolation itself. We may hope to accomplish more solely avoiding collaboration with the enemy’s urging to change existing spiritual plans. Ignatius invites us to act intensely against the very desolation. We are never called merely to endure such desolation passively until it somehow fades. Each remedy Ignatius recommends will hearten us to move directly contrary to the harmful suggestions of spiritual desolation.

Prayer—petition. The actual turning to God in prayer may require conscious effort. Such turning toward God in prayer directly counters the sense of separation from God induced by spiritual desolation.

Meditation—focuses on the sustaining truth of God’s faithful love as a source of hope in time of darkness. A grateful recalling of God’s fidelity, looking at the record of Scripture, history, liturgy.

“Extending ourselves in some suitable way of doing penance.” The interior discomfort of spiritual desolation invites an escape into external diversion and gratifications of various kinds, an escape that protracts and may even deepen the desolation.

In place of an unsuitable indulgence that prolongs our happiness, Ignatius proposes a suitable penance that will remind us that we’re not helpless or powerless—we can resist! As hope grows through one small victory, the next is already prepared.

Against the lie which insists that we are too weak to overcome spiritual desolation, Ignatius reveals here his great confidence in our capacity, sustained by God’s loving assistance and through use of the means described, to stand firm. Here we find courage that leads to hope. In taking a stand against desolation, we prove that resistance is not impossible.

When I write next, I will consider further how to respond to desolation. Until then, let’s keep each other in prayer.