Yes, you can trust the Church 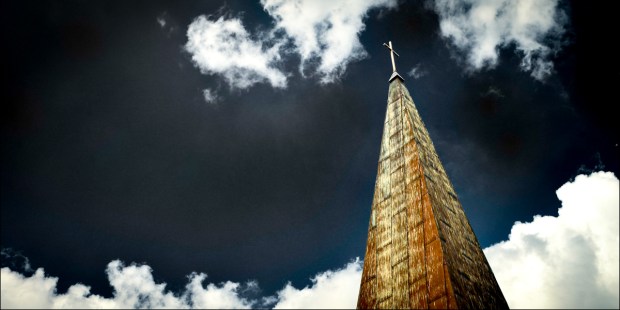 The world thinks we accept Church teaching the way some people stand for the national anthem at the beginning of a baseball game, but they miss the point.

His therapist was telling him: Don’t give me the Church’s official answer, give me your personal answer. He reacted to that, for understandable reasons. He used to think people said that “when they thought that the Church’s teaching wouldn’t hold up when confronted with a real human life. I used to think that people asked that question when they thought you didn’t really believe, but were just parroting something you didn’t actually understand.”

Pushed by his therapist, Damian saw he needed to understand the hope that is in him. “The defensiveness, and the constant references to catechism paragraphs and the magisterium, revealed how much the hope was not mine,” he says. “A faith interiorized is a faith that becomes so personal that the reason comes from a life distilled within, rather than a few paragraphs read from without. … The more it looks like the catechism, the less likely it is to come from me.”

He did have reasons, once he thought hard about it. His reasons included “Because I want my sexuality to be used as a gift, rather than for self-indulgence” and “Because I don’t want my fickle desires to dictate what I do.” (See the article for the others.)

The therapist pushed Damian the way a therapist should. But her assumption, that’s a problem, even if her pressing the point worked out well for him. The worldly do think Catholic belief something alien, imposed, second-hand. That it’s more like shaking a stranger’s hand at a social event than signing your name to a contract. They think we accept the teaching the way some people stand for the national anthem at the beginning of a baseball game. It’s what you do, but it doesn’t imply any passionate attachment.

They have some reason to think this. In my Protestant life, I talked to Catholics who genuinely enjoyed being Catholic but were strangely disengaged from their Church’s official beliefs. Some had lived the Catholic life so energetically that they interiorized the faith but just weren’t very interested in theology the way I was. They would have gone cross-eyed had I asked them about transubstantiation, but they could speak movingly about their encounter with Jesus in the Mass.

But others, not so much. Some would say they didn’t care about the Church’s teaching. “That’s not what my faith is about,” as one said. Others said they accepted it but presented it in a secularized form. The Mass they treated as the act of community and fellowship, not as a Divine sacrifice that produced community and fellowship. The more difficult moral doctrines they’d wave off.

So the worldly have some reason for thinking the way they do. But they still miss the point. Damian describes two crucial aspects of our Catholic life: the personal insight that makes a belief feel real and the trust and obedience required to get to that insight.

The Catholic life sometimes runs: Insight first, then belief. You see a truth and then happily find the Church teaches it. But it often runs: Belief first, then insight. We don’t get very far in the Catholic life without the second. We find, as we grow in our faith, that the belief points us and brings us to insight.

Damian knew the rules, and obeying the rules, he came to a deeper knowledge of why the rules rule in this and rule out that. Because he did the hard work of facing his own challenges, he can present the teaching in a way that makes sense to others, when the official words themselves would drive them away. Three cheers for Chris Damian.

All the Catholic Church teaches

G.K. Chesterton described this in his great early book Orthodoxy. He wrote the book as a barely-practicing Anglican, 14 years before he finally entered the Catholic Church, but the “thing” to which he refers is clearly the Catholic Church.

Near the end of the book he gives his reason “for accepting the religion and not merely the scattered and secular truths out of the religion.” He had seen Christianity as a resource and not as an authority, a Divine institution, a Mother.

“I do it,” he wrote, “because the thing has not merely told this truth or that truth, but has revealed itself as a truth-telling thing. All other philosophies say the things that plainly seem to be true; only this philosophy has again and again said the thing that does not seem to be true, but is true. Alone of all creeds it is convincing where it is not attractive.”

For evidence of how this works, and of the fruits that grow from trust and obedience, see Chris Damian’s admirably honest article.