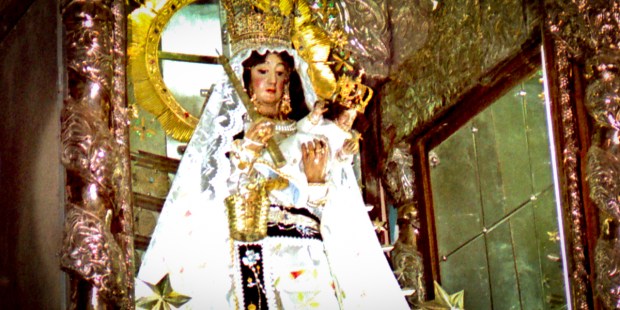 The sculptor failed miserably before his statue of the Virgin Mary was accepted and enshrined for centuries to come.

Later this month a replica statue of the Virgin of Copacabana will be placed in the Vatican Gardens, making it the third Marian statue from South America to have a prominent place there — Our Lady of Aparecida, “Queen and Patroness of Brazil,” and Our Lady of Guadalupe are the other two.

But who is the Virgin of Copacabana?

During the 16th century, in the town of Copacabana, Bolivia, a native amateur sculptor named Francisco Tito Yupanqui sought to honor the Blessed Mother with a statue. He worked on the piece for almost a year and created what he thought was a great image. However, the pastor of the local church disagreed, and so did his neighbors about town. In fact, they openly laughed at him.

Feeling thoroughly rejected, a depressed Francisco visited a local city known for its great sculptors. There he studied the superior craftsmanship and artistry all around him, and learned their secrets as he replicated what he saw. In time, Francisco created a new statue — Our Lady of Copacabana — that was considered a marvel to behold; the townspeople were especially pleased that the physical features of this Madonna reflected their own.

The statue was enshrined in a local church in February of 1583, making it one of the earliest Marian shrines in the Americas. Soon the people of the area became devoted to the Virgin of Copacabana and miracles occurred that were credited to her prayerful intercession.

Eventually, a basilica was dedicated to her honor. She is now honored as the Patroness of Bolivia.

Read more:
The miraculous image of Our Lady of Chiquinquirá