7 Inventions you can thank women for 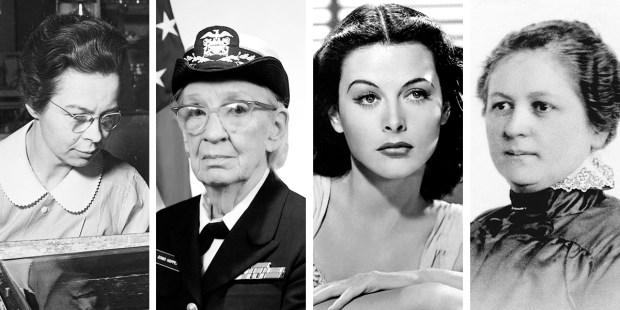 These things shape our everyday lives, and brilliant women are behind them.

There are countless things for which we ought to thank the women in our lives, but there are still a lot of things we rely on for which women do not always get their due credit. Here are seven inventions for which you can thank women:

No one knows exactly how beer came about, but it’s a safe bet that it was invented by women. Why? For thousands of years, women were the only ones entrusted with brewing it and with running taverns. According to researcher Jane Peyton, thousands of years ago in Mesopotamia and Sumeria, beer was considered a divine gift (usually from a goddess), and only women were entrusted with the skills for brewing it.

After leaving Hollywood for the sciences during World War II, Hedy Lamarr, actress and model, along with a friend of hers, invented a “spread spectrum radio” and presented the idea to the Navy to be employed for guiding torpedoes. Later, the ideas from this invention were used to develop wifi.

In 1908, a housewife in Germany by the name of Melitta Bentz invented the coffee filter and established her own company to sell them. With the help of her husband, she began selling coffee filters to every store she could, and eventually expanded her business to sell an array of household products.

Grace Hopper had already broken ground as one of the first women to earn a Ph.D. in mathematics when World War II prompted her to join the U.S. Naval Reserves in 1943. Because of her background, she was assigned a position in programming at Harvard University. In 1952, Dr. Hopper and her colleagues created the first compiler. Vital to the use of computer languages, a compiler translates verbal instructions into code that is read by the computer. This invention proved indispensable in creating computer languages used world-wide.

In 1991, she became the first woman to be awarded the National Medal of Technology, and in 2016, she was posthumously awarded the Presidential Medal of Freedom.

Ann Tsukamoto is one half of a duo responsible for discovering a process by which to identify stem cells, which was patented in 1991. Stem cells are distinguishable from other types of cells because, though they do not have specialized functions, they can develop specialized functions out of necessity under the right physiological conditions. Her discoveries have led to developments in treating cancer and could potentially lead to a cure.

On the 1859 patent, Martha Coston is named only as an “administratrix” in the process that made marine signal flares a reality, but her contribution was much more. After discovering rough plans for such an idea in her late husband’s notebooks, Martha dedicated the next ten years to developing the idea into a practical reality, along with a team of chemists and other experts.

In 1935, General Electric’s first female scientist, Katharine Blodgett, created a method to prevent glare and distortion when looking through glass. Her method employed the transferring of monomolecular coatings onto glass and metal surfaces, and it made possible many other technological inventions, such as computers, smart phones, cameras, microscopes, and more.