What we probably don’t know about St. Jerome is just what we need to know 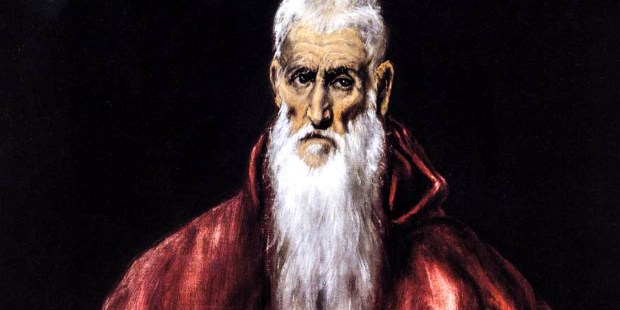 He was singularly agitated, impatient, and proud … but that’s not why he’s a saint.

You probably know a few things about St. Jerome. He was a Church Father, the one who translated the Bible into Latin directly from the Hebrew texts of the Old Testament, instead of relying on the Greek translation known as the Septuagint.

You also probably know about his temper.

Generally speaking, those are the things we mention when we talk about St. Jerome. We don’t say that Jerome once had a temper and then he conquered it; no, we share scathing (but eloquent) insults from a man some have dubbed “the great name-caller,” perhaps remarking that if Jerome won a halo there’s hope for us.

Indeed—Jerome is a wonderful witness of God’s mercy poured out on the most persistent sinners. But we don’t canonize people simply for being recipients of mercy; we canonize them for being witnesses of how that mercy can transform us, and that’s exactly what Jerome is.

Born in the middle of the 4th century in central Europe, Jerome was the son of Christian parents but wasn’t baptized until he was nearly 20. During his years of school, he walked with one foot in this world and one in the next.

Gradually Jerome became more and more a Christian, but while his academic work was theological, his free time was spent with great pagan literature. Until one night, when Jerome dreamed that he stood before the judgment seat of God. “Who are you?” the Lord asked. “I am a Christian,” Jerome responded. “No, you are no Christian. You are a Ciceronian. For where your treasure is, there will your heart be also,” came the reply. Convicted, Jerome stepped away from the worldly things that had consumed him and began in earnest the pursuit of holiness.

Jerome became a monk and a great ascetic. When tempted by sins of the flesh, he turned to the arduous study of Hebrew as a distraction. He was a spiritual director for many women, a few of whom themselves became saints, and took great care to educate them in Greek, Hebrew, and Latin as well as in theology. He wrote prolifically, his eyes fixed on the Word of God, always seeking to bring it to God’s people.

Nor were his good works merely intellectual. Jerome moved to Bethlehem and opened both a school and a home for pilgrims so that (according to his follower St. Paula), “should Mary and Joseph visit Bethlehem again, they would have a place to stay.” When Rome was sacked, Jerome lamented the steady stream of refugees pouring into the Holy Land and he stepped up to help. “I have put aside my commentary on Ezekiel and almost all study,” he wrote. “For today we must translate the precepts of the Scriptures into deeds; instead of speaking saintly words, we must act them.”

But for all this, he was an angry man. He wrote insult after insult about heretics and saints alike. He loathed Ambrose and attacked Augustine, who, being more naturally charitable, said of Jerome, “What Jerome is ignorant of, no mortal has ever known.” He hated the heresies of Arius and Origen and he hated anyone who seemed to embrace them.

More than anything, though, Jerome hated his anger. He was harder on his own faults than he was on anyone else’s; in one letter attempting to reconcile with an estranged aunt, Jerome cried, “Woe to me, wretch that I am!” He was desperate to defeat his temper and went to great lengths to do it, even carrying a stone around with him with which to beat himself when his anger threatened to overcome him. Pope Sixtus V, passing by a painting of St. Jerome holding this rock, commented, “You do well to carry that stone, for without it the Church would never have canonized you.”

This line of Pope Sixtus points strikingly to the genius of Jerome. More than just intellectual ability, Jerome offers us a witness of mundane penitence. No repentant prostitute or Satanist, Jerome was just an ordinary man with a temper. He prayed for his entire life to be released from the vice of anger, which he called “the door by which all vices enter the soul,” but to no avail. Still, Jerome never gave up. Again and again, he sought forgiveness. Again and again he tried to hold his tongue, to calm his nerves. Though he was unparalleled in scriptural knowledge, he deferred to the authority of the Church on the question of which books belong in the Bible, humbling himself under the authority of Christ himself. By God’s grace, he sought peace and patience and humility, despite being singularly agitated, impatient, and proud.

Ultimately, this is what makes St Jerome a great saint. It’s not his translations or commentaries, not his letters or controversies. It’s the fact that he never stopped trying to be a Christian in deed as well as in name; in heaven, he has finally succeeded.

On September 30, the feast of St. Jerome, let’s ask his intercession for perseverance in our pursuit of holiness, whatever setbacks we may encounter. St. Jerome, pray for us!