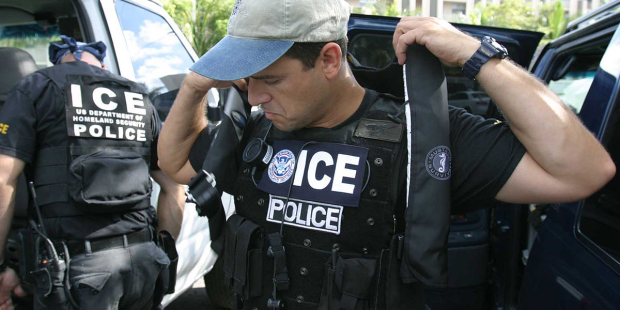 U.S. Immigration and Customs Enforcement (ICE) arrested 498 individuals during a four-day operation, code-named “Safe City”, which concluded Wednesday. The operation took place in cities all over the U.S. which had previously denied access to ICE officers, and targeted individuals who have violated the U.S. immigration laws.

According to ice.gov, teams prioritized their searches for aliens with criminal convictions, pending criminal charges, known gang affiliates, immigration fugitives, and those who have re-entered the U.S. after deportation. Operation “Safe City” took place in major cities such as Baltimore, Denver, Los Angeles, New York, Philadelphia, and Washington D.C.

Among those arrested was a citizen of India who entered the U.S. illegally and was convicted of indecent assault/battery on a person over 14 years of age, and was required to register as a sex offender. Also arrested were a citizen of Mexico, a documented Colonia Chiques gang member who entered the U.S. illegally and fought his arresting officers, and a citizen of Guatemala who was previously convicted of felony menacing, 6 DUIs, child abuse.

Ice.gov goes on to report that of the 498 people taken into custody, 317 had criminal conviction, 68 are immigration fugitives, 104 have been previously deported and 18 are gang members or affiliates. A chart of criminal conviction numbers can be found on their website.