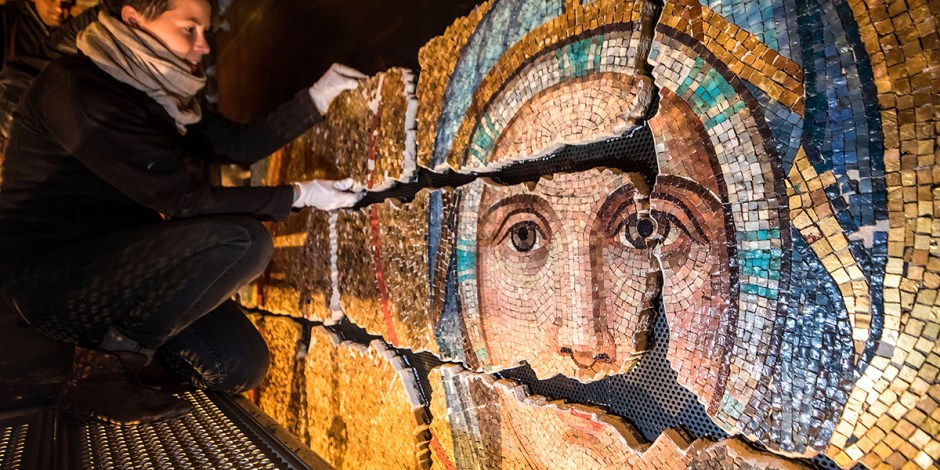 Restoration experts work on a mosaic of the Virgin Mary in the Cathedral in Erfurt, Germany, September 14, 2017. The experts are using a rail system to move the mosaic, which was originally attached to the western facade of the cathedral. It was taken down in 1968 during construction work and has not been publicly accessible since then.