When have you encountered the “appallingly strange” mercy of God? 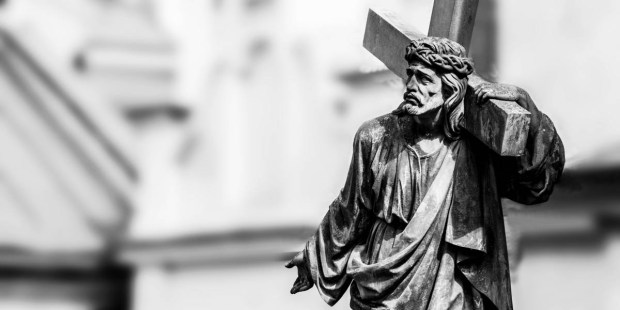 Obedience is an unpopular word in our contemporary culture, but it is one of the non-negotiables of Christian life.

He emptied himself,
taking the form of a slave,
coming in human likeness;
and found human in appearance,
he humbled himself,
becoming obedient to the point of death,
even death on a cross.
—Philippians 2:7-8

For the evangelist Matthew, discipleship consisted of a series of choices made, again and again, to follow Jesus. We see this value at work in the many interactions between Jesus and the Pharisees and scribes, as well as in Jesus’ instructions to his disciples. This question of discipleship is ultimately focused on how we live out our commitment to follow Jesus not only in the big events of life, but also in the small, quiet moments.

Graham Greene was a  Catholic and British novelist who has come to be regarded as one of the greatest English-language writers of the last century. In his novels, plays, and short stories, Green explores the power of faith to transform daily life, especially through mercy and sacrifice. And anyone who has read the stories of the nameless “Whiskey Priest” in The Power and the Glory, of the adulterous Sarah in The End of the Affair, or of the Cervantes-inspired Monsignor Quixote knows how artfully Greene weaves together questions of God and faith with the complexities—and darkness—of life and love.

In one of his non-religious novels, the thriller Brighton Rock, Greene again finds an opportunity to reflect on God’s mercy and the hope of redemption when he writes, “You can’t conceive, my child, nor can I or anyone, the appalling strangeness of the mercy of God.” Greene is right. When weighed against human standards, God’s mercy is appallingly strange because it costs us so little: God asks only that we surrender to his love and mercy.

Jesus models this way of surrender for us in his obedience.

Although “obedience” is an unpopular word in our contemporary culture, it is one of the non-negotiables of Christian life. Instead of being based on the ideas of power and submission that too many people associate with this virtue, real obedience, the kind of obedience Jesus showed to his Father, is based on relationships. In essence, to be obedient to another person is to say to them, “I love you so much, I’m so invested in this relationship, that I’m willing to do what you ask or give you want you need without you even having to ask.” It’s to recognize that we are bound to one another and that we are responsible for caring for each other.

In fact, our word “obedience” comes from the Latin work oboedire which can be translated simply as “to listen.” Ultimately, to be obedient to someone is to listen to them with, as Saint Benedict says in his Rule for Monasteries, “the ear of the heart” (cf. Prologue).

In his letter to the Philippians, which we hear in our Second Reading this Sunday, Saint Paul reminds us of the obedience of Jesus who, “humbled himself, / becoming obedient to the point of death, / even death on a cross.” Jesus offered his life as an act of obedience to God the Father for our sakes. He recognized what the Father was asking of him and what would be the best for us and he surrendered his life on the Cross as the greatest act of love that is possible.

In the Gospel for this Sunday, Jesus himself speaks of obedience in the “Parable of the Two Sons.” The fundamental question here is, “Which of the two did his father’s will?” In this parable, we are being reminded that if we are really going to call ourselves disciples of Jesus, we have to be willing to set aside our preferences and prejudices and orient our lives to God’s will and what is best for those around us. Obedience demands that we make a gift of ourselves for the good others, just as Jesus did.

In the 18th century the French Jesuit priest Jean Pierre de Caussade reflected, “The free gifts he asks of us are self-denial, obedience and love. The rest is his business. It does not matter whether the soul is carefully fulfilling the duties of one’s state of life, or quietly following the leadings it is given, or submitting peacefully to the dealings of grace.” For most of us, this “free gift” is a process of surrender which unfolds gradually over the course of a life of prayer, service, struggle, and, yes, even setbacks.

Our prayer this Sunday is that we might have open minds and hearts so that we can freely respond to what is being asked of us as we continue live out our call to discipleship.

How have you thought about obedience in the past? How do this Sunday’s Readings invite you to new reflection?

In what ways does God call out to you? When has God asked you to respond to his invitation in obedience?

When have you encountered the “appallingly strange” mercy of God?

Words of Wisdom: “To accept [Jesus] not only means to accept him with our minds but to act accordingly. Faith and action—that is the lesson of today’s Gospel. Faith in action—that is, faith that leads to conversion and a life based on faith.”—Adrian Nocent, O.S.B., The Liturgical Year (Vol. 4)