Lessons of the lioness: There is hope beyond grief 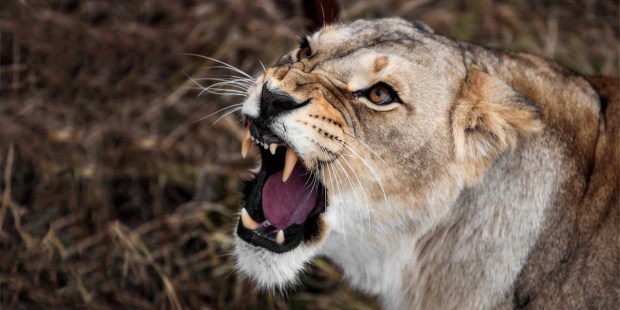 When the worst happens, the mother lions wail it out and disturb the night, but they do not stay there.

Autumn has taken me by surprise. I still think it’s the beginning of March, and that spring is barely sprung. I look around at the leaves falling off the trees and smell the crisp coolness of the air that tells me fall is coming, but my brain doesn’t accept this information. My brain thinks it is still March 8 and my son has just died by his own hand.

You know in the movies when a bomb goes off close to someone, and they are disoriented with a ringing in their ears? That is how I feel. Everything is fuzzy and there is a ringing in my ears that will not go away. Every day is different. One morning I feel strong, the next I cannot get out of bed. Every week that passes comes with its own set of ups and downs. Sometimes the ups come with the downs.

Each moment without him is gotten through in different ways. Watching lions on television really helps.

Yeah, I don’t really get it either, but one night I was flipping through channels seeking something that had nothing to do with reality or death. Why I thought stories about lions wouldn’t involve death is beyond me, but there it is.

The program I had settled on was about a lioness that had lost her mate and three of her babies. A heard of bulls and a pride of lionesses were still after her and her remaining cubs, and she was hungry, tired and faced with overcoming one obstacle after another. Finally she found her female cub; its back was broken from being stomped on by the bulls.

There was nothing she could do. She could not save her cub. She was forced to leave it behind.

The grief of losing everything had the lioness wailing out in the night.

After that first catharsis of grief, though, the lioness lost it. She went after the leader of the bull herd — a huge bull soldier. Lions do not take on a bull that size on their own, but this lioness had lost all fear. She took on the bull head on, literally. She didn’t take him down but she drew blood and left her mark on his face.

As she was walking away from the bleeding bull, she saw the pride that had been chasing her – that had killed her male. The narrator says “she sees the pride that has taken everything from her and decides this is the time for justice. She is grieving but her grief transformed her.”

Ya’ll, that was powerful.

Eventually this lioness ends up the leader of the pride, which she leads into attack against the bull. After they have killed and eaten the bull, one of her male cubs emerges from the brush, still alive, all uninjured!

“Her grief transformed her” hit me like a brick upside the head. Grief is a lot of things and one of those things is, yes, transforming. My life will never be the same as it was before March 8, 2017. I will be a different version of myself. One with a huge scar left by the wound that is currently not even close to being healed or even scabbed over; it is still bleeding profusely all over the internet in the form of snark and cussedness, because just like that lioness, I am insane with anger at my current situation. I have lost it.

But just as the lioness’ insanity made her a better fighter, I hope to become a better evangelist. I hope that this devastation makes me stronger, so I can fight for those on the margins who are hurt and who lash out in their pain at God, wondering why He permits painful, disruptive things to happen.

I ask that question every morning, when I wake up and go from forgetting what has happened to remembering that my son died.

But I’m slowly learning that my son’s death is not the end of my story; it’s not even the end of his story. In each one of these shows about lions, the mothers love their cubs but they know when it is time to let them make their own choices, even choices that end badly. When the worst happens, the mother lions do not swallow their grief – they wail it out and disturb the darkness —  but they do not stay there, they move on.

They learn, they become stronger and they grow wiser. They become better mothers, hunters and leaders. There is hope beyond the grief.

So, now I watch lion shows before going to bed; they give me hope and strength. I cannot wait for the day a narrator says of my life, “but her grief transformed her.”