Good things happen every day — even when you lose a wallet containing $9,500 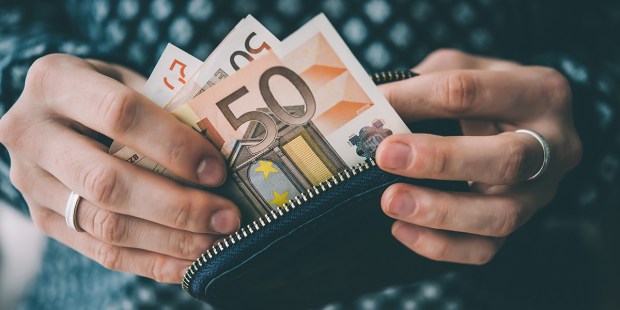 For Carmine Adinolfi, it wasn’t about the money.

We are so used to bad news that we forget about the deeds that so many good Samaritans do freely and without any self-serving motive every day — and there are so many of them. Many of these deeds are recounted by astonished relatives and friends, while others end up on newspaper pages and go viral on the web.

This morning, I read in the newspaper about a man named Carmine Adinolfi who was working as a dairy delivery man at the Salerno-Costa d’Amalfi airport in Southern Italy when he found a wallet with currency worth almost $9,500 in cash and checks. Instead of stealing it, he went looking for the legitimate owner to return it. When Carmine finally found him, the owner was deeply moved by his gesture and insisted on giving Adinolfi a reward, but he refused. Instead, the fortunate wallet owner had to settle for a handshake and a selfie to remember him by.

Many years ago, I also came across a lost wallet on a rollercoaster. My older brother was with me, so together we told the park manager, who announced the lost wallet over the loudspeaker. The owner came along so happy and smiling to retrieve it. He didn’t offer me any money, since I was just a little girl, but he paid for three free rides on the biggest carousel for me and my brothers. Not bad at all!

This article was originally published in the Italian edition of Aleteia and has been translated and/or adapted here for English speaking readers.