‘I, Too’ by Langston Hughes is about more than racism and oppression 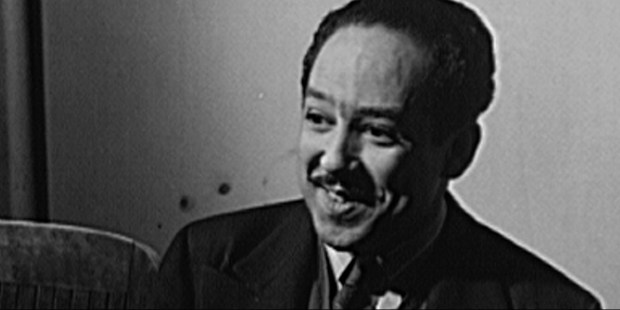 A poem strongly themed on the fundamental unity that all men share, even in circumstances of outrageous injustice.

I, too, sing America.

I am the darker brother.
They send me to eat in the kitchen
When company comes,
But I laugh,
And eat well,
And grow strong.

Tomorrow,
I’ll be at the table
When company comes.
Nobody’ll dare
Say to me,
“Eat in the kitchen,”
Then.

Besides,
They’ll see how beautiful I am
And be ashamed—

Hughes isn’t trying to be confusing with his opening phrase, “I, too, sing America,” but he’s deliberately not using a more normal phrase, “I sing about America, too.” Singing about America isn’t enough. He wants us to understand exactly what his country is: a song. And you can’t think about singing without recognizing its connotations, the joy, beauty, and unity which come hand in hand with music as it’s meant to be. So America is an image of this joy, beauty, and unity, that he too is a part of it, whether people know it or not.

But the next image is anything but joyful. “They send me to eat in the kitchen /When company comes.” It’s a picture of total humiliation, the kind that comes from deliberate exclusion. Anyone who remembers middle school cliques and their “you can’t sit with us” mentality knows the wave of shame that comes from being unwelcome.

Now here’s the strange part. I’d be angry. Hey, I’ve been the girl people were embarrassed to be seen with before, and years later, I’m not fully over it. The speaker doesn’t seem like this treatment even ruffles his feathers. Not only doesn’t it ruin his mood and get him plotting his revenge, which we could hardly blame him for, but it doesn’t even ruin his appetite:

I laugh,
And eat well,
And grow strong.

The way the sentence is split up on the page makes it obvious that one leads to the next. If you can’t laugh, you won’t eat well. If you can’t eat, you won’t grow strong. The fact that others are ashamed of the speaker hasn’t made a dent in his own self-image.

Though he’s not blushing, the next stanza makes it perfectly clear that he’s aware of the injustice. The ringing, “tomorrow,” is more than just hopeful, it’s rock-solid confidence. He has been banished today, but it is for the last time. “I’ll be at the table,” he says, and notice that this time, he’s gotten there first, before the meal has even started. He’s an intimidating figure, waiting for them to show up. Nobody would dare to send him away this time.

The atmosphere of fear isn’t what he wanted, though. He follows that almost derisive challenge with an immediate, gentle qualifier.

Besides,
They’ll see how beautiful I am
And be ashamed–

He’s not interested in scaring them, not for long. He wants to be seen. He doesn’t even intend to force them to feel ashamed, as just as that would be. No, they’ll be ashamed of their own initiative. They’ll be ashamed because they’ll see his beauty. The shame comes from their own change of heart, not from the way he’s frightened them.

The speaker repeats the first line of the poem now, with one word changed. I didn’t even notice it the first few times I read the poem. “I too, am America.” He told us at the start that America is a song. Now, he’s shown us that he’s beautiful. He’s made his case, and drawn the connection: America is beautiful because he, too, is beautiful.

The most important word in the whole poem is given to us right from the title: “too.” Nowhere has he said that the people who treat him unjustly are not beautiful. He makes it clear that they’re his brothers, that the song that is America is made of them also, and that America’s beauty comes from them both.

The poem is decidedly not a poem about how oppressors will be overthrown, or how one day, those who do evil will get what’s coming to them. At heart, it’s a poem with a strong theme of the fundamental unity that all men share, even in circumstances of outrageous injustice. Injustice can’t change that fact that the speaker and the undefined “they” are brothers, and that the song of America, America’s very essence, comes from both of them together. The poem proclaims the speaker’s confidence of that fact, and his surety that one day very soon, it will be recognized by all.