Satanic priest turned saint, Bartolo Longo is proof that no one is too lost to be found 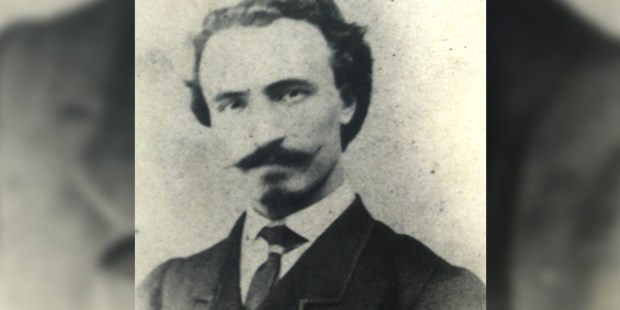 He turned to Our Lady in sorrow for his sins, so much so that John Paul II would proclaim him a “Man of Mary”

Sometimes reading the lives of the saints is discouraging. They may have been imperfect, as we all are, but it can seem that none of them ever really sinned the way people today do. Even proverbial bad boy St. Augustine was a decent guy by today’s standards. It’s easy for those of us who have made terrible choices to feel discouraged.

May I introduce Blessed Bartolo Longo?

Born in 1841, Bartolo Longo lost his father when he was only 10. From that time, he grew more and more distant from his Catholic faith. When he began university studies in Naples, at the University where St. Thomas Aquinas himself had studied, he was eager to enter fully into the experience of a secular university. In mid-19th-century Italy, that meant anti-clericalism, atheism, and ultimately the occult.

Read more:
How Satan seduces the soul, and how to stay protected

Before long, Bartolo found himself paranoid and miserable, on the brink of a nervous breakdown. And as he clung to his Satanic practices, his family prayed.

As happened with Augustine, the faithful prayers of Bartolo’s family finally broke down the wall of anger and sin that Bartolo had built around himself. One night, he heard the voice of his dead father crying out to him, “Return to God!”

Stunned, Bartolo visited a friend who lived nearby, Professor Vincenzo Pepe. When Pepe realized what had become of Bartolo, he cried, “Do you want to die in an insane asylum and be damned forever?” {By this he did not mean that Bartolo would be damned for insanity, but that the sinful choices he had made while sane would lead inevitably to madness and damnation.) Pepe’s courage in pointing out the danger his friend was in cut through Bartolo’s defenses, and before long he had agreed to meet with a Dominican priest, Fr. Alberto Radente.

Fr. Alberto worked slowly on the young lawyer, encouraging him to make a thorough confession. After a month of direction, Bartolo was finally absolved and began his work of drawing people back to Christ. He stood up in the middle of cafés and student parties and denounced occult practices. He served the poor and instructed the ignorant; after six years of such work, he pronounced vows as a lay Dominican, on the feast of Our Lady of the Rosary.

Then, cleansed and consecrated, Bartolo visited one last séance. He walked in, held up a rosary and called out, “I renounce spiritualism because it is nothing but a maze of error and falsehood.”

Read more:
Pope Francis: “We can only respond to the Devil’s attacks with the works of God…”

But for all he had been absolved, Bartolo, like most of us, struggled with memories of his past. He felt unworthy of God’s forgiveness, certain that he was impure, permanently marred by his sin. One day, while collecting rent from the destitute farmers around Pompeii, Bartolo began to consider his past way of life.

“Despite my repentance, I thought: I am still consecrated to Satan, and I am still his slave and property as he awaits me in Hell. As I pondered over my condition, I experienced a deep sense of despair and almost committed suicide.”

In that moment, Bartolo remembered the rosary of his childhood, remembered the love of the Blessed Mother. He felt Our Lady tell him that his path to heaven was through teaching others to pray the Rosary.

Bartolo moved to Pompeii, where he began Rosary groups, organized Marian processions, and began work on a shrine to Our Lady of the Rosary. His work was funded by the Countess di Fusco, with whom he worked so closely that rumors began to spread about the nature of their relationship. Though Bartolo had taken a private vow of chastity, he was encouraged by Pope Leo XIII to marry the countess for the sake of the work; the two entered into a celibate marriage and continued to serve the poor.

For more than 50 years, Bartolo preached the Rosary, founded schools for the poor, established orphanages for the children of criminals, and transformed a city of death to a city dedicated to the living Mother of God. At his beatification, St. John Paul II, himself perhaps the most Marian pope since St. Peter, proclaimed Blessed Bartolo Longo “a Man of Mary.”

Blessed Bartolo Longo was a vile, degenerate, blasphemous Satanic priest. But this is his legacy: blessed, soon canonized.

On October 5, his feast day, let’s ask his intercession for all those who think they’re beyond hope, or that their purity can never be restored and their lives never be made whole, or that they’ve lost their chance at holiness.

May they join the ranks of murderers, addicts, and Satanists whose halos shine undimmed around the throne of the unblemished Lamb of God. Blessed Bartolo Longo, pray for us.

Benedict XVI visited the tomb of Bartolo Longo in his visit to the Pontifical Shrine of Pompeii, where he is buried. The pope stopped at the tomb of the saint, and spoke about him during his reflection on the rosary. See here.