After more than a century, wolves are back in Rome 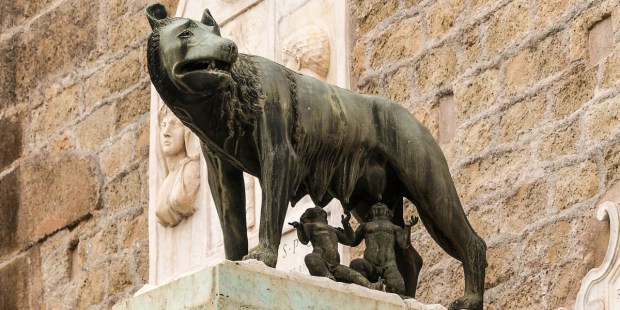 Some descendants from the legendary Roman lupa have been spotted in the vicinity of the Eternal City.

According to legend, Rome’s founders, Romulus and Remus, the twin sons of Mars, were fostered by a she-wolf until they were found by a herdsman named Faustulus. Now, for the first time in more than a century, wolves have been spotted again in the Natural Reserve of Castel di Guido, in the vicinity of the Leonardo da Vinci International Airport of Rome.

The Telegraph reports that after reviewing some footage recorded by hidden cameras in the reserve, biologists have been able to identify at least two mature cubs and two more adults are currently living in the area. They named the adult male “Romulus.”

“This is the first time in more than 100 years that wolves have been found living near Rome,” Alessia De Lorenzis, a professor of natural sciences in charge of monitoring this most welcome wolf pack, told The Telegraph. “We’re very pleased that they are back.”