Henry lived one year — the most beautiful year of our lives

"Henry, with his flawed body, was the best recipient of our marital love," say Ania and Karol Jurkowski.

Everything was fine throughout the pregnancy. Ania felt great; she took care of herself, and walked a lot. Nothing indicated that there was anything wrong with the baby — until the 36th week, when a cardiotocography (CTG) showed that the baby had an elevated heart rate. Theoretically, it’s not that important — nothing particularly disturbing — but …Ania was sent to the maternity ward for further testing. Doctors walked around with cryptic expressions on their faces.

“I remember having an ultrasound, and there were three doctors standing by the monitor. They didn’t say much. I sensed something was wrong,” remembers Ania. She really wanted a natural birth, so she was given oxytocin to induce labor, but she didn’t seem to have any contractions. After a while, the chief of obstetrics decided, “Nothing is going to happen here. We need a C-section.” It was July 29, 2014.

Read more:
Raising a disabled child in a “death with dignity” world

Ania was afraid of the epidural, but she was so emotional at the time that she doesn’t remember the pain. What she remembers are Henry’s first sounds: a soft whine, instead of the loud cry she expected. She didn’t get to see her son; he was quickly whisked away by the doctors and put into an incubator. Ania remembers seeing the incubator as it was wheeled past her bed. She asked the anesthesiologist about her baby, and about what would happen next; he calmed her down, and said that someone would explain everything to her shortly.

Henry, unable to breathe on his own, was intubated. Karol was able to see his son briefly. Ania was recovering from the C-section, focusing on pumping milk for her son every three hours. At that time, she was not yet afraid; she knew that Henry was in good hands, and trusted that they would take care of him and figure out what was wrong. Anyway, she thought, he would soon “get over” whatever ailed him. After all, he had been healthy throughout her entire pregnancy.

Ania didn’t see her son for some time. Karol sent her a photo of Henry: he was weak, flaccid, and limp in the incubator, but that still didn’t mean anything. But those eyes … Henry didn’t open his eyes until the 9th day after his birth. In the meantime, Ania and Karol verified that there were no genetic defects in their families, which calmed them down a bit while they waited for the results of further tests.

Read more:
Mom of Two Kids With Microencephaly Speaks Out

Ania was staying in the maternity ward, sharing a room with another mother — the mother of a healthy baby. Did she feel envy? Anger? Was she sad? “You know, I was glad that I was not alone, that I could look at other children since I couldn’t see my own. Sure, I felt sad initially. All the moms had their healthy babies, they could cuddle them and I could not,” she recalls. When other children cried, she adds, earplugs were helpful.

She talked to other mothers whom she met at the hospital; they even took photos together. “I tried to enjoy their happiness, looking at their children,” she adds. In fact, she says, she wouldn’t have wanted to be in a single room, because that isolation would only deepen her sadness.Contact with other mothers was very important to her at the time.

The midwives and nurses, who talked with her frequently, also helped. They would say that “such is life,” that sometimes mothers who take care of themselves give birth to sick children and those who come to give birth while drunk have healthy babies. There are no rules, and it feels unjust, but God gives people experiences that they can handle.

This thought helped Ania and Karol’s marriage survive once they received the final diagnosis. Their son, born with a lack of muscle tone and general limpness, underwent magnetic resonance imaging (MRI). The test showed a lack of myelination in the white matter and trace myelination in the brain stem and spinal bulb — in layman’s terms, the neurons in his brain were lacking the natural insulation coating (myelin) required for them to be able to pass along impulses properly. He was cared for at the Children’s Health Center in Warsaw, Poland, and then at the Warsaw Hospice for Children. The little patient was given a tracheotomy and gastrostomy.

Henry didn’t stay in the hospital. After six weeks, he went home. As soon as it was possible to take walks outside, after proper preparation, his parents started taking him for some fresh air. In the beginning, the trips were short; with time, they became longer and longer, and after a while, Henry was known as a “little traveler.” This gave rise to the idea for a blog called Heniutkowo (Henry’s World), in which the boy’s parents showed that you can do many things while living with a sick child — even travels, both big and small.

Outings to restaurants, going shopping, visiting the Old Town or the Zoo, parks and TV studios … You might think that trips within one city are not big trips. But try to pack for outings with a child needing a suction pump, four catheters, physiological saline, and a pack of medications, in addition to the standard supplies: extra clothes, food, wet wipes, diaper change paraphernalia, and a stroller. It resembles an equipment list for a winter expedition to climb Mount Everest.

“Why the blog? Why the trips?” I ask Ania and Karol.

“We wanted to show that every person’s life is valuable, regardless of whether they are healthy or not, and to show parents of sick children that an illness is not a prison sentence; that it is a challenge, and should not be stigmatized,” they responded.

Henry’s earthly journey ended on August 13, 2015. “A flight over the Atlantic takes several hours; a walk, just half an hour. You can travel for several months, or your entire life. All depends on the end goal. Ania and I have the same goal as Henry did: to make the best journey — the one to Heaven, the home of our Father. Henry showed us, and many people around us, what is most important in life. It’s pure unconditional love, independent of the situation we find ourselves in,” they wrote on the blog.

Read more:
How the Holy Rosary brought me real comfort after a miscarriage

“Our adventure with Henry has shown us something very important: how valuable life is. Henry, with his flawed body, was the best recipient of our marital love.”

“The year with Henry certainly wasn’t a lost year; we learned a beautiful lesson. Diseases that people have do not take away their dignity or diminish the value of their life. Illnesses are simply a challenge, a kind of a journey. They are journeys we do not choose; we simply become their participants. Complaining that you are on a different ship than you would like does not make sense. After all, we have already sailed to sea; there is no way to change ships,” recalled Ania and Karol.

At the end, I had to ask them what they would tell parents who receive such a diagnosis and cannot come to terms with it; who are afraid that they will not feel anything for the baby, or that they will only feel anger. “Taking responsibility for another person takes on different forms. We associate parenting with nice feelings, but it is also difficulties and suffering. And illnesses. Thinking that parenting is only joyful is a delusion. It has to be accepted as a package deal, including difficulties. If we experienced pain, we can also be sure that joy will come. That’s all there is to it. You just have to be patient,” they said. 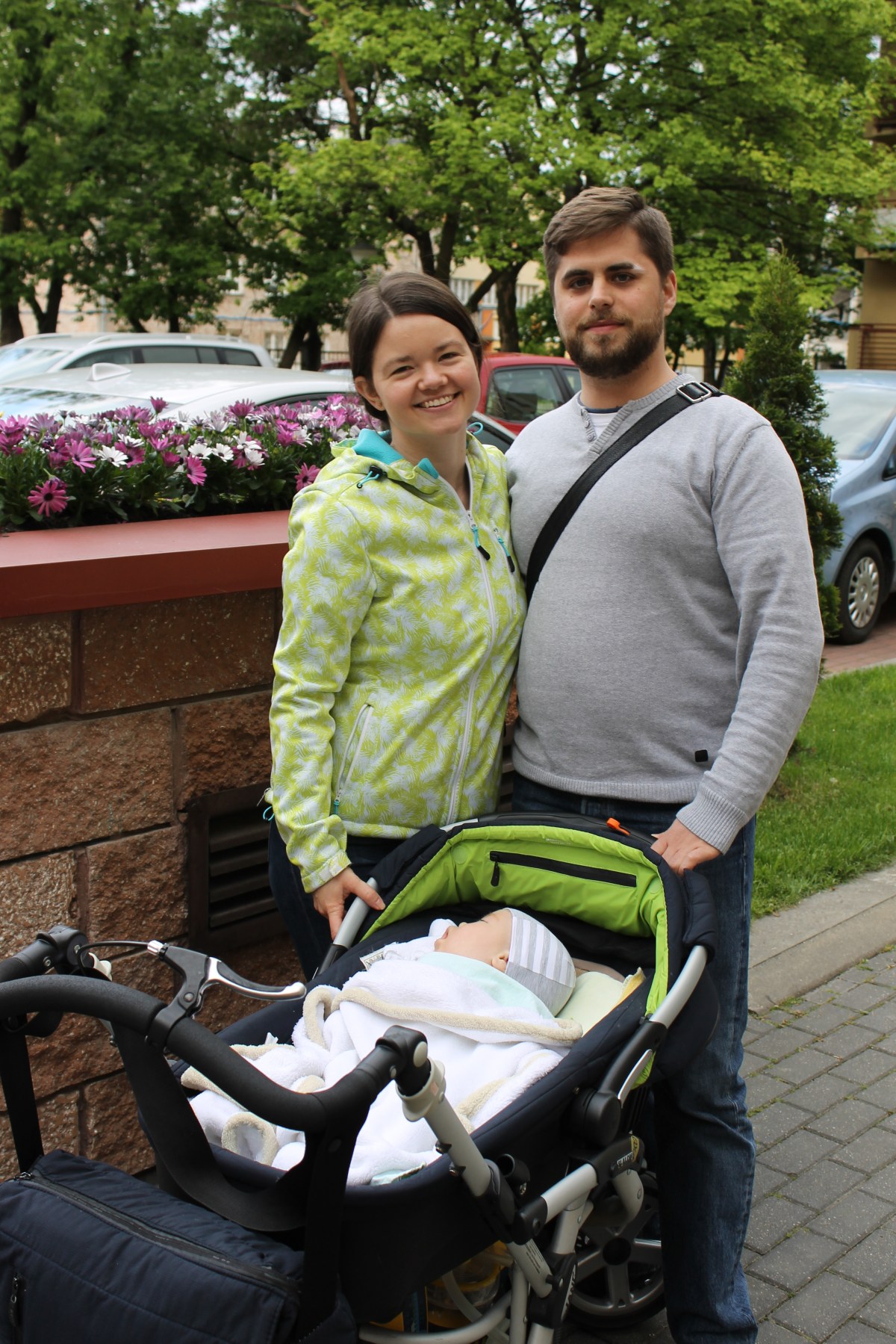