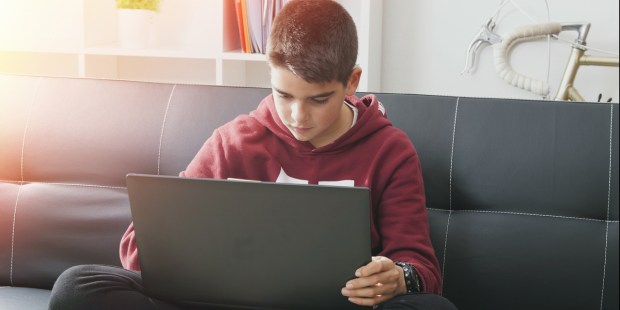 Significantly, the power and influence of the Church brought together experts from different disciplines, civil and scientific, to combat this issue.

A very important conference took place in Rome October 3-6, 2017, at the Gregorian University, hosted by the University’s Center for Child Protection. I was privileged to be part of the proceedings as a member of the Communications Team, for which I had signed up as a volunteer. The conference was titled “Child Dignity in the Digital World” and focused on understanding and creating innovative solutions to tackle abuse and violence perpetrated against minors on the internet, or in real life (using the internet as a tool). The conference was held in partnership with the WeProtect Global Alliance and Telefono Azzuro.

Though I was aware to a certain extent of the existence of the problem, the gravity of the situation eluded me until this conference. This was a huge eye-opener, and we owe it to our children and future generations to make the digital continent a safe and secure place for them. If your child has a smartphone, you need to be worried.

As many speakers pointed out,

this conference was unique in that it brought together key players from different sectors of society for the first time.

They were representatives from governments, the UN, tech giants like Facebook and Microsoft, NGOs, scientists, researchers, UNICEF, Interpol and the Church.

Every sector has been fighting this problem on its own turf, but this was one of the first initiatives to bring everyone together. As Dr Tim Morris from Interpol pointed out, law enforcement does not have the resources, the knowledge or the capacity to tackle this problem by itself. Crimes of violence against children are a global phenomenon that transcends national boundaries, and only a multi-national and multi-sectoral approach will be effective to protect children online.

A ton of information was shared during the four days of the Conference, but let me present a few statistics and statements that will help you understand the gravity of the situation:

Baroness Joanna Shields, who heads the WeProtect Global Alliance, said that we must not only extol what the internet can DO, but also be aware of what it can UNDO — childhood itself.

When children are exposed to pornography online, it seriously distorts their understanding of love and human dignity.

Pornography subliminally changes children’s perspectives on gender relations and what kinds of behavior are permissible in the real world.

Technology empowers us in ways never thought imaginable, but it is also transforming childhood beyond recognition.

A significant point that emerged from this conference was the power and influence of the Church to bring together experts from different disciplines, both civil and scientific, to combat this issue.

A number of conference speakers said that the Catholic Church is at the forefront in creating a global new culture where children’s rights and dignity are protected.

In his opening address, Cardinal Pietro Parolin, the pope’s secretary of state, declared that to abuse a child is to commit sacrilege, a profanation of the image in which the Son of God came to us.

Pope Francis, in his speech to the delegates of the conference on the concluding day, spoke about the dangers of sexting, cyber-bullying, sextortion, online trafficking, child pornography and the dark web. He reminded them that these online dangers are interconnected to real-world problems such as trafficking, child soldiers and extreme poverty, and hence must be seen as two facets of the same problem. He also pointed out that the speed of the internet was leaving the older generations on the sidelines and hence making increasingly difficult the inter-generational transmission of values and wisdom acquired by years of life and experience.

Read the full text of the pope’s speech here.

The Conference ended with the adoption of the “Rome Declaration,” which was also presented to the pope.

While acknowledging the tremendous benefits of the internet and digital technologies for human life and progress, the declaration states that we must be watchful of its negative impact especially on children and young people. The declaration issues a 13-point call to action addressed to all sectors of society to fight this evil as one unified family, to protect our children.

Benyam Mezmur of the UN Committee on the Rights of the Child recalled an African saying: “It takes a village to raise a child.” Today, he said, “It takes a global village to protect a child.”