The true story behind October 13 and the mysterious Knights Templar 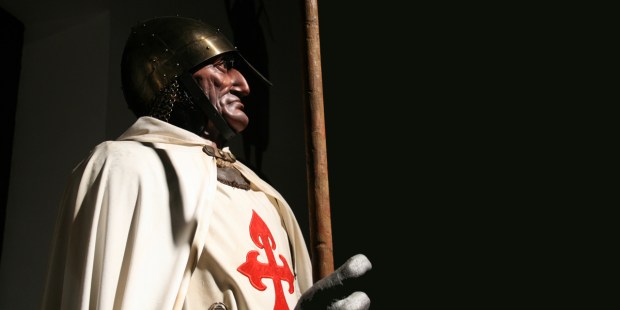 In Western culture, October 13 is, according to popular superstition, a day of bad luck, and has become closely connected to the modern celebration of Halloween. However, few people know the origin of this day and why it is significant. Interestingly, many of the modern superstitions surrounding this day can be traced back to a fateful day in the Order of the Knights Templar.

Officially known as the Poor Fellow-Soldiers of Christ and of the Temple of Solomon, the “Knights Templar” were a group of men during the Middle Ages who dedicated themselves to protecting pilgrims traveling to the Holy Land. What began as a small monastic organization quickly grew in number and power.

Through the Crusades the Knights Templar started to receive a large influx of donations, and started to build castles and churches throughout Europe. While the Knights did fight in several battles, relatively few of their members were soldiers. Many were in charge of the financial organization of the religious order based in Paris and the rest dedicated themselves to prayer. In a time when moneylending at interest was prohibited by the Church as usury, an exception was made for the Knights, who became a kind of stock market on horseback for wealthy Christians. The Order was also fiercely loyal to the Holy Father and reported only to him.

This drew the attention of King Philip IV of France, who wanted to be in charge of the French clergy and was in constant conflict with Pope Boniface VIII. He began to search for ways to control the Knights and their vast amount financial resources, and he uncovered local accusations of heresy. Philip conducted his own mock-investigation, under the guise that it was approved by the pope. It culminated in the simultaneous arrest of hundreds of the Knights Templar on October 13, 1307.

An inquisition was ordered by King Philip, who tortured the Knights and eventually had them burned at the stake. By this point Pope Boniface had already died and Clement V was elected pope, highly influenced by King Philip. Pope Clement even moved the papacy to Avignon, France, under political pressure. As a result of King Philip’s influence, the Knights Templar were officially disbanded by the pope.

The Church has since revealed that Pope Clement absolved the Knights Templar from any charges of heresy and intended to help them reform, but was pressured by King Philip to suppress the order.

Various myths have sprung up over the centuries that add to the superstitions of October 13. One legend says that the leader of the Knights Templar cursed King Philip and Pope Clement, warning that they both would die within a year. Whether or not this was true, Philip and Clement died within months of each other in 1314.

Some 20th-century writers, noting that October 13 fell on a Friday in the year the Knights were arrested (as it does this year), also began connecting the Templars with the Friday the 13th superstition. Whatever modern-day explanations there are, one fact is true: October 13 was an unlucky day for the Knights Templar, a highly misunderstood order.

Read more:
The pre-battle chant of the Knights Templar