Children of 9/11 victims find love together amidst their tragedy 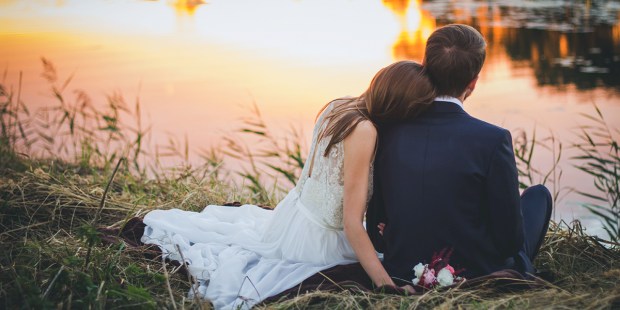 Sixteen years after the horrendous event, a strong and hope-filled couple unites.

At just 10 years old, they lost their fathers to the tragedy of 9/11. Afterwards, while in 7th grade, Brielle Saracini and Sean McGuire both attended Camp Better Days, a sleep-away camp created specifically for children who lost a loved one on 9/11. Sixteen years later, on September 9, the couple was married.

Victor Saracini, Brielle’s father, was the captain of United Flight 175, which hit the South Tower of the World Trade Center. On the 84th floor of the same building, Patrick McGuire, Sean’s father, was working for Euro Brokers Inc.

“I think one of the reasons that we connect so well is that we have that common ground,” Sean McGuire says. But he clarifies, “We were brought together by this tragedy, but we are not defined by it. Our relationship is so much more than the way we met.”

It isn’t the only suffering the couple has overcome, either. Brielle battled Stage 4B Hodgkin’s lymphoma for two years, during which time Sean slept in her hospital room for a month. Through it all, their devoted love for each other has proved its strength.

Though they’ve both managed to move on from the tragedies they’ve gone through, they honor the importance of those events in their present happiness. Though her father couldn’t walk her down the aisle, Brielle saved a seat for him in the front row, marked by his captain’s hat. And during the ceremony, Sean and Brielle paused for a moment of silence to honor their deceased fathers, recognizing that, though unknowingly and heartbreakingly, their fathers brought them together.

“The biggest takeaway from 9/11 — for me — was that you might be able to break down steel and structure, but you can never destroy love,” Saracini says.