My little sister joined a convent. So why am I this angry? 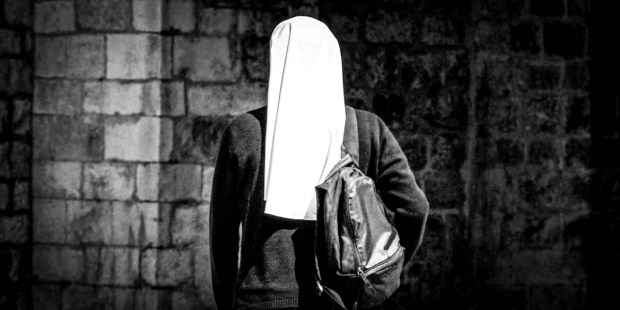 I was expecting to miss her, but there’s been this other emotion too, and I wasn’t expecting that.

My little sister has wanted to be a nun since she was six years old, and the desire only grew stronger as she grew up. After a long and discouraging search, she found a beautiful order where she felt right at home, an order bursting with young vocations and joyful faces. The day she joined, we’d never seen her so happy.

It’s a strictly cloistered order, and although she can write letters and receive the occasional visitor (through a grille!), she’s out of state, so it honestly feels like she’s in another world. Her life is completely different from mine suddenly.

I was expecting to miss her, and told all my friends that, yes, it’s hard that she’s gone, but we’re so happy for her and proud of her that it makes it easier. And I have been missing her, but there’s been another emotion too — really intense anger. I wasn’t expecting that. It took me a few weeks to pin down the emotion long enough to give it a name, and now I’m left trying to figure out where the heck that came from, because what is there to be angry about, for heaven’s sake?

I wouldn’t have been angry if she married a man and moved somewhere far without an internet connection, although our level of contact would be the same. But thinking of her in that beautiful convent, spending her days in adoration and silence and contemplation? It’s eating me up.

When I’m angry, though, it’s usually a front for fear. Anger is a much more comfortable emotion than terror, and if I have to choose, I’d always rather be angry. See, if I’m willing to admit that what my sister is doing with her life is worth doing, then I have to take a hard look at my own priorities, which is never a very comfortable thing to do. I have to face the truth that prayer is far more powerful than action, that a life that leaves the world behind is not wasted. My discomfort, it turns out, isn’t unexpected — it’s actually part of the point.

St John Paul II, in his Apostolic Exhortation on the Consecrated Life, writes that “The religious state reveals the transcendence of the Kingdom of God and its requirements over all earthly things.” He goes on, “The first duty of the consecrated life is to make visible the marvels wrought by God in the frail humanity of those who are called. [Consecrated people] bear witness to these marvels not so much in words as by the eloquent language of a transfigured life, capable of amazing the world.”

It’s supposed to be shocking, he’s saying, when a person follows God’s voice all the way to the convent. It’s supposed to send a message to the rest of the world — that all of us must “seek first the Kingdom of God” in the context of the life to which we’re called. My sister won’t be spending her time proclaiming this truth from the rooftops, but her silent example sends the same message, much louder than I care to hear. God can take frail humanity and transform it into the Kingdom of God, living even now on Earth, if we let him.

Very few of us are called to the consecrated life, but all of us are asked to put the requirements of the Kingdom of God “over all earthly things.” I’ve been angry because I heard that message loud and clear, and I’m facing the choice that the rich young man did, to either go all in, or go away sad. My duty to sell all I have and follow Christ won’t look like my sister’s life in its outward manifestation, but ultimately, God has asked the same thing of each of us. I’m scared, because that is the work of a lifetime, and requires an amount of love, sacrifice, and dedication to God that I absolutely don’t want to give. But the choice is clear, at least.

God wants everything we have. That’s terrifying. It’s probably natural to hear that demand and get angry and defensive. I’m all the more grateful for my sister’s example, then, and for the example of all consecrated people, for so forcefully reminding me that it’s worth it, that God asks for everything only so that he can fill us with the only thing that satisfies — Himself.

Read more:
This holy trio of Dominican nuns shows that God can call any type to the convent

Read more:
Young nuns have some advice for their millennial peers