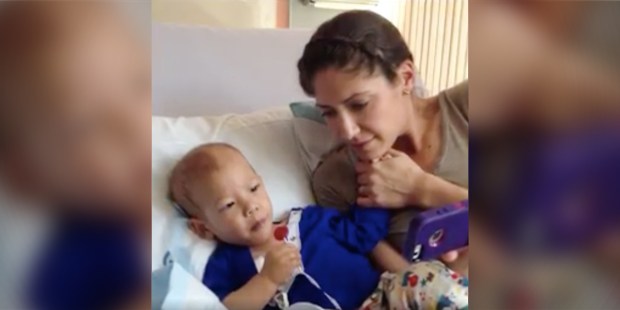 “Sleevies” not only helped her own son, but kids suffering from cancer everywhere.

At only 15 months old, Caroline Chang’s son was diagnosed with stage four neuroblastoma and tested positive for N-MYC amplification, which is associated with more aggressive tumor growth. The family’s life was forever changed. But now Chang is using her experience to help other families dealing with cancer and other severe illnesses.

One day, she noticed that her son Wes’s medication catheter, called a PICC line, was hanging from his arm, so she converted a sock into a sleeve to protect the IV tube. Soon, other parents began commenting on the colorfully patterned “sleevies,” and Caroline began making them as gifts for other children in the hospital.

She even began an Etsy shop, called PICCStar, to sell sleevies more widely “for kids who rock a PICC line.” The sleevies are made from adult socks featuring everything from bright patterns to unicorns to Teenage Mutant Ninja Turtles. The sleeves keep the PICC lines from getting jostled around too much or from younger patients fiddling with the tubes. The kids love the designs, and the parents love that it keeps kids’ vital IVs safe!

On August 17, over three years after his diagnosis, Wes finished treatment, but he and his mom continue to help and support other kids and families still facing illness.

You can see more in the video below: