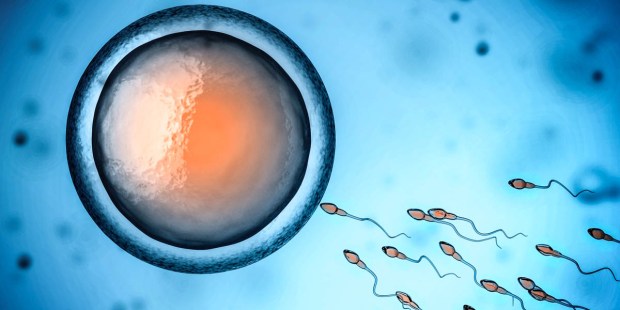 A proposed revision of the Department of Health and Human Services’ strategy statement also speaks of “natural death” at end of life.

The unborn are people too.

That’s according to the U.S. Department of Health and Human Services, which said so in a newly-released draft of its strategic plan for 2018-2022.

“Our ultimate goal is to improve healthcare outcomes for all people, including the unborn, across healthcare settings,” HHS says in the plan.

Not only that, the department seems to be acknowledging that human life begins at conception, a fact that has been disputed or ignored, especially by those who try to justify the deliberate ending of unborn life in legal abortion.

While HHS’s current strategic plan, written under the Obama administration, says that it accomplishes its mission “through programs and initiatives that cover a wide spectrum of activities, serving Americans at every stage of life,” the new draft adds the words “beginning at conception” to the end of that statement.

The new document acknowledges what science teaches, said Dawn Eskew, founder of Personhood Education New York, which seeks to protect all human beings from conception to natural death. In an interview Friday evening, Eskew disputed the view that the Department of Health and Human Services is embracing the language of the “religious right.”

“No, the department is finally looking to and acknowledging science, which happens to be what the Personhood people have been saying since the inception of Roe v. Wade.”

Eskew pointed out that geneticist Jerome Lejeune, who discovered the chromosomal cause of Down syndrome, said, “From the moment of fertilization, that is, from the earliest moment of biologic existence, the developing human being is alive, and entirely distinct from the mother who provides nourishment and protection.”

“As the late Nellie Gray [founder of the March for Life] stated, ‘If we do not have laws that protect humans from the moment of conception, then no one is protected.'”

Those fighting legalized assisted suicide and euthanasia are also taking comfort in the new draft, particularly the addition of the words “natural death” referring to the end of life, suggesting that life’s end should not be hastened by human intervention.

“A core component of the HHS mission is our dedication to serve all Americans from conception to natural death, but especially those individuals and populations facing or at high risk for economic and social well-being challenges, through effective human services,” the draft reads.

Vox also noted the presence of pro-life advocates at HHS in the new administration, including Matthew Bowman, a lawyer who previously worked for Alliance Defending Freedom, a Christian legal advocacy  group.

The draft document is open to public comment until October 27. If approved, it will replace the Obama administration’s previous five-year plan.