5 Underrated women writers you should be reading 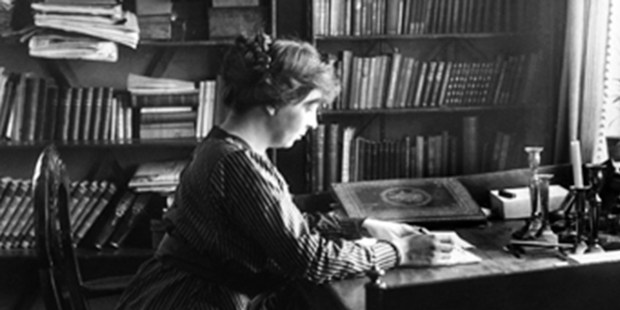 Rediscover these great works by talented authors, almost all of whom are Catholic.

We’ve all heard of Jane Austen and Laura Ingalls Wilder, and we’ve probably all read at least a few of their books. Their popularity is well-earned and they deserve to be widely read. But they aren’t the only female authors to produce great books. Here are five women authors who’ve since passed away whom you may or may not have heard of, but all of whom are well worth reading.

Muriel Spark was once famous enough that The New Yorker used an entire issue to publish her book, The Prime of Miss Jean Brodie. Described as the “Anti-Dead Poets Society,” Spark’s novel slyly explores the ways in which one teacher can slowly corrupt an entire class of school children with her mistaken ideas and force of personality.

Spark still has an audience but is far less well-known than she deserves to be, if only for Jean Brodie alone. She had a tumultuous personal life, with the chaos sometimes spilling into her writing with characters based on real-life people. Her novels are honest, unflinching, and sometimes quite dark, but they’re also witty, amusing, and insightful — I’ve never read a single one I didn’t love. Each book is perfectly concise and Spark knew it, often fighting her editors if they tried to change anything. “When one of her essays was ‘updated’ without her consent, she demanded the culprit make reparations by contributing to her church’s organ fund,” tells Maud Newton at Salon. “He balked; she threatened to sue. In the end, he paid.”

She was right to be protective of her work, because every detail of her novels is memorable and verges on great art. Her writing strikes a delicate balance between easy reading and literature of the highest quality.

The Catholic Herald recently published an article about Alice Thomas Ellis, the “Catholic bohemian.” I was glad to see it because she’s wonderful novelist whose works deserve to be rediscovered and remembered. A woman of many talents, she was a, “journalist, novelist, painter, Catholic polemicist, cookery book writer, fiction editor, mother of seven and a member of the Gloucester Crescent literary milieu.” In other words, she was a feminist for whom the sky was the limit as far as what she could experience or accomplish.

For a while, Ellis was considered one of Britain’s finest novelists, but her writing has since failed to maintain such a high level of popularity. Today, not all that many have read her books. That’s a shame, because she is thought-provoking and original. For instance, her book The Summer House is a three-part story retold three times from the perspective of different characters. Reading her books reveals an author who is complex and sees the world from many different angles. For her, true understanding of the world began with understanding the people around her.

I first encountered Edith Wharton through an early Martin Scorsese film, The Age of Innocence. The film is a faithful adaptation of Wharton’s novel of the same name in which upper-class intrigue reveals that all that glitters isn’t gold. Underneath the facade of wealth and luxury, even so-called high-class society is marked by the messiness that occurs whenever relationships and emotions get involved. Wharton herself came from a wealthy background, but nevertheless her personal life had its share of setbacks, particularly a marriage that ended in divorce.

It’s hard to argue that Wharton is under-appreciated, but even so her books could easily gain a wider audience than they currently have because they are so highly empathetic and reflective of the fissures that are continuing to appear in society. In the end, personal character is much more important than how much money we’re born with, and the way we treat others is the path to happiness.

Biographer Richard Greene says “It is time to look again at Edith Sitwell.” Born in 1887 to eccentric parents, she was, as she puts it, “unpopular” with her parents because they were hoping that their first-born would be a male. Feeling increasingly unloved at home, she took refuge in reading poetry. Years later, after her aristocratic mother had gone to prison for money fraud, she wrote and published her first poem, “The Drowned Suns.” Her great-nephew William Sitwell describes her as larger than life and reminisces about going through her things after she had died: “I come across examples of her clothes. Long flowing robes, gowns, turbans and other headgear, and huge colorful rings …”

Over the course of her life, Edith published a number of anthologies of poetry. Her writing is vivid, full of dense symbolism, and unafraid to experiment, often writing with an ear to how to poems would sound when read out loud. Her subject matter remains personal and relevant, dealing with social injustice and the human condition. She is truly one of the great poets of the 20th century.

In 1928, Sigrid Undset won the Nobel Prize for Literature, largely because of her trilogy Kristin Lavransdatter. Today, she rarely appears on any best-of lists for female authors, which is strange because so many who read her books immediately fall in love with her vivid storytelling. Kristin Lavransdatter, for instance, follows the fortunes of a medieval girl as she tries to make her way in the world. The attention to detail and the lushness of her prose brings the reader immediately into an entirely new world. This is a coming-of-age story that has the reader entirely immersed in the destiny of one woman who lived long ago and far away.

Undset herself was a fierce feminist who refused to be labeled or dismissed. She fought for women’s suffrage and independently converted to Catholicism and began to write about strong, female heroes of the faith such as Catherine of Siena. That Nobel Prize she won? She gave the prize money away to a charity to support families with mentally challenged children. In recent years, Undset has been seeing a revival in her reputation, but she is still highly underrated as a human being and as a writer.

Read more:
6 Women travelers of the 20th century you should read