Get ready for the world’s first giant robot fight! 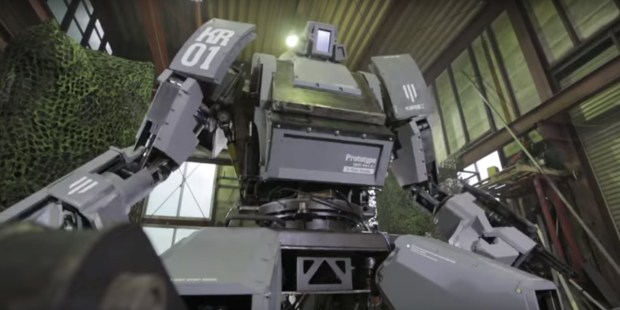 This epic robot battle arrives after 2 years in the making.

The first ever giant robot fight, an event two years in the making, is poised to take place on Tuesday, October 17, 2017. The fight will feature giant piloted robots from the US robotics company MegaBots and the Japanese-based company Suidobashi.

Suidobashi first unveiled their robot, Kuratas, in 2012. It weighs 4,500 kg and is approximately 4 meters tall. It moves on 4 wheels and is capable of being driven manually and controlled by a remote. The Kuratas will be equipped with multiple weapons, including a 6,000-round per minute twin BB rotary cannon, a “LOHAS” launcher that can fire water bottles, and a humanoid hand called the “iron crow” that can pick up objects.

The challenger from MegaBots is called Eagle Prime. Eagle Prime moves with a tank-like belt system and is pretty flexible for tight turns. This robot has one arm that can grab, with another claw-like hand, and it can also fire large paint balls, which can be seen beating up oil drums in the video above. Eagle Prime seems to utilize its size to ram more efficiently than the Kuratas.

Which country will win the first ever battle between giant robots is anyone’s guess. The fight will be live streamed on Twitch, at 10 p.m. EDT.