Marriage vs. living together: How does it affect your kids? 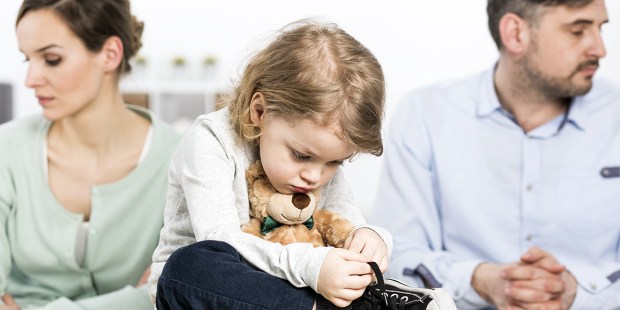 Both in the United States and in Europe, kids born of unmarried parents who live together are almost twice as likely to see their parents split compared to kids whose parents are married.

A new study by the Institute for Family Studies and Social Trends investigated family stability, comparing married parents and cohabiting parents in many countries throughout the world. The study’s findings upend some of the most common myths about cohabitation and its impact on family stability and kids’ well-being.

It’s not about the money

Read more:
Could marriage be the answer to child poverty, or just part of the answer?

Parents who live together without being married and who have high educational attainment are still much more likely to break up than married couples who have a lower educational level.

This suggests that regardless of income or education, a determining factor in relationships is whether or not the couple is bound together by marriage.

A second argument is that cohabitation is more stable or begins to appear more like marriage insofar as it becomes more common in society.

However, the findings do not support this idea. As the number of children born to cohabiting couples rises in a country, so does family instability.

Read more:
351 Studies from 13 Nations Prove Benefits of Households with a Dad, a Mom and Their Kids

Lovers love each other, but spouses commit to loving each other forever. There is a real act of self-giving of all that one is and has, and this commitment moves them to stay together in the future.

This act of love has a key foundational value for the children’s development when they grow up supported by a committed love.

There is no question that re-establishing a culture that values marriage, particularly in communities most devastated by loss and cohabitation, is a crucial way to improve children’s well-being.