Why not go to Ireland next summer? Plan your trip for the World Meeting of Families 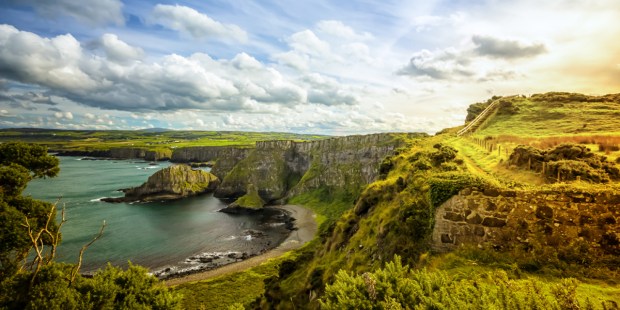 Join the pope in Dublin, but stay a few days longer to see the country.

The World Meeting of Families will be held in Dublin, Ireland, next August, and it is expected to draw families from all around the world who are coming to take part in five days of festivals, meetings, prayer and celebration of the family.

Established by Pope John Paul II in 1994, the World Meeting of Families takes place very three years to celebrate the importance of the family. The last meeting was held in Philadelphia in 2015 and was attended by Pope Francis, and he is expected to be in Dublin as well.

With opening ceremonies beginning on August 21, and the final Mass taking place on August 26, you might want to consider tacking on a few days to visit some of Ireland’s top attractions. Here are a few places to go to get you inspired to take your pilgrimage of Ireland.

Croagh Patrick: Overlooking Clew Bay in County Mayo, Croagh Patrick is known as the holiest mountain in Ireland. Saint Patrick was said to have fasted for 40 days in 441 at the summit of Croagh Patrick, and generations of pilgrims have climbed it since.

Knock Shrine: The story of Knock Shrine began in 1879 after 15 people witnessed an apparition of Our Lady, St. Joseph, St. John the Evangelist, a lamb and cross-topped altar on the wall of a parish church in County Mayo. It has since become a major Irish pilgrimage site, attracting over a million of visitors a year.

Ring of Kerry: Follow the 179-km circular route in County Kerry, on the most iconic scenic drive in Ireland. Enjoy incredible views as the road winds between the Macgillycuddy’s Reeks mountains and the Atlantic Ocean. Take a tour of the Skellig islands and learn about the monks who lived there.

Read more:
On Star Wars and ‘The Last Monks of Skellig Michael’

Killarney: Be sure to stop in Killarney while touring the Ring of Kerry. Visit the ruins of Muckross Abbey, a Franciscan friary founded in 1448, and enjoy the charming town, which retains much of 19th-century appearance since the city council banned plastic signs.