Sharing a faith with spectacular sinners 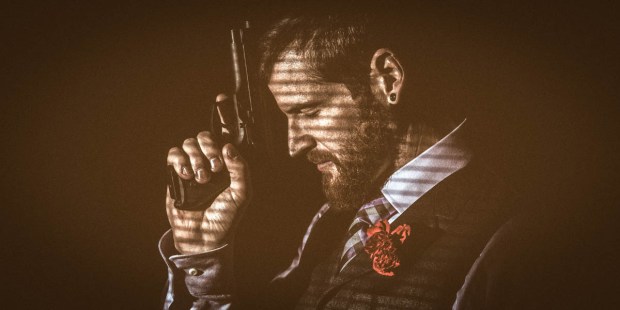 When people go to the dark side, most of them keep the other parts of their identity. It’s who they are.

Some people who identify as Catholics make us look bad. Mobsters, for example. As it happens, our Jewish brethren have the same problem. As Wikipedia puts it, “For several decades after World War II, the dominant figures in organized crime were second-generation Jews and Italians, often working in concert.”

When I was a kid, everyone assumed that the Mafia criminals with Italian last names represented Catholicism. It was a folk religion. It was a matter of ethnic identity separate from the religion. Some Catholics like the pope might talk about God and goodness, but in real life Catholics did what they liked. Look at the Mafia. Look at men like Al Capone who killed people right and left. Look at “Lucky” Lucciano, who created organized crime in America.

The Jewish mob
There was a Jewish mob as well. Think of Moe Greene and Hyman Roth from the movie The Godfather. Some of the more famous names are Bugsy Siegel (the model for Greene), Meyer Lansky (the model for Roth), and Dutch Schultz.

You can find some grim stories in “Why Gangsters Who Broke Every Law Still Went to Services on Yom Kippur,” published on the Jewish website Tablet. Like the story of the hitman Sam “Red” Levine, who mixed murdering people for a living with being an observant Orthodox Jew.

“He always wore a kipah under his hat, ate only kosher food, and conscientiously observed the Sabbath,” the story says. He would not plan a hit on the Sabbath, which runs from Friday sundown to Saturday sundown. But if he really had to kill someone on the Sabbath, he would put on a tallit (a prayer shawl) and pray. Then he’d go kill his victim.

Then there was Lepke Buchalter. “He commanded an army of gangsters who terrorized New York’s garment industry. His gang’s weapons were destructive acids, bludgeons, blackjacks, knives, fire, ice picks, and guns.” Yet “he was a considerate son and a doting husband and father. He described himself as a Jew, contributed money to his mother’s synagogue, attended High Holiday services, and, according to the FBI, led a quiet home life.”

Yes and no. It’s right in the sense that being Catholic is part of being other things, the way being Jewish means being Jewish whatever else you are. These identities hold people. They’re rich with connections and rituals and networks. Strong ethnic cultures form people. People who grew up Catholic or Jewish are like clay that’s been molded into shape and then baked hard.

The writer of the Tablet article, Robert Rockaway, explains that the Jews who came to the United States from eastern Europe kept their identity as Jews, including the traditional religious practices. Being part of a small, poor, often hated minority made them hold even tighter to their traditions. But that also pushed some of them into crime.

Theirs may have been what the author calls a “Jewish folk religion,” but it was real. It was part of who they were. Even when someone became a criminal, he kept his religion. Not necessarily well, but he kept it. The Catholic mobsters did the same thing. It’s just way societies work. It’s the way people are.

So yes, the judgments I heard as a kid were justified, in a sense. But more fundamentally, no, they weren’t. Of course, you have a strong identity, some people will keep their religion while doing very bad things. You’ll have Mass-going mobsters and synagogue-going gangsters.

The Catholic Church knows this. She’s been around a long time. She knows how societies work. God gave us a Church that moves through history carrying the Faith, even though she’s made up of sinful people. The things that make the Church the Church remain, because God made them to last.

The fact that some Catholics do such horrible things doesn’t stop the Church from being the place God says welcome to the sinner. Which is, you know, a good thing for the rest of us, even if we don’t sin as spectacularly as Sam “Red” Levine or Charles “Lucky” Lucciano.