40 English martyrs you may not know 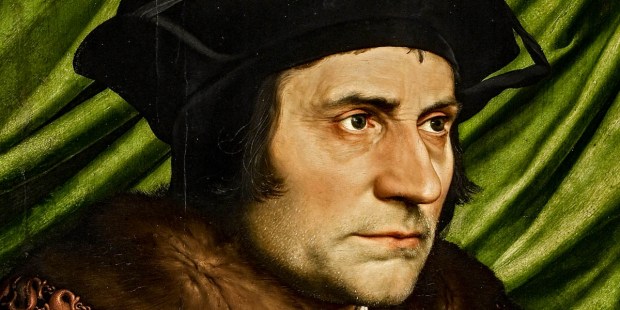 These saints were killed for their faith during a dark time in England’s history.

After King Henry VIII proclaimed himself supreme head of the Church in England and Wales, a violent wave of anti-Catholic persecution began — and lasted over a century. It started with the executions of Sts. Thomas More and John Fisher, but didn’t end there. Hundreds were killed between 1535 and 1679; the Church recognized the heroism of 40 martyrs from England and Wales in a canonization ceremony on October 25, 1970. (Later, a separate feast on May 4 was created to recognize the 284 canonized or beatified martyrs of the English Reformation.)

The group of 40 martyrs celebrated on October 25 contains a variety of Catholics. The group is composed of “13 priests of the secular clergy, three Benedictines, three Carthusians, one Brigittine, two Franciscans, one Augustinian, 10 Jesuits and seven members of the laity, including three mothers.”

The martyrs were gruesomely tortured before being hanged or killed, but remained steadfast in their faith, refusing to renounce their Catholicism.

Many of the saints were jovial at the prospect of death.

Cuthbert Mayne, a secular priest, replied to a gaoler who came to tell him he would be executed three days later: “I wish I had something valuable to give you, for the good news you bring me…”. Edmund Campion, a Jesuit, was so pleased when taken to the place of execution that the people said about him and his companions: “But they’re laughing! He doesn’t care at all about dying…’.

One striking story of heroism under extreme torture comes from the martyrdom of a laywoman named Margaret Clitherow.

She was accused “of having sheltered the Jesuits and priests of the secular clergy, traitors to Her Majesty the Queen”; but she retorted: “I have only helped the Queen’s friends” … On Friday March 25th, 1588, at eight o’clock in the morning, Margaret, just thirty-three years old, left Ouse Bridge prison, barefooted, bound for Toll Booth … Her arms were stretched out in the shape of a cross, and her hands tightly bound to two stakes in the ground. The executioners put a sharp stone the size of a fist under her back and placed on her body a large slab onto which weights were gradually loaded up to over 800 pounds. Margaret whispered: “Jesus, have mercy on me.” Her death agony lasted for fifteen minutes, then the moaning ceased, and all was quiet.

Their resolve in the face of certain death is inspiring. They show us that our life on earth is indeed very short and what truly matters is our faithfulness to God. As St. Thomas More famously said, “I die the king’s faithful servant, but God’s first.”

Here is a list of the Forty Martyrs of England and Wales, whom we can invoke for their intercession in whatever persecution we may be enduring.

Read more:
Thomas More: ‘A Man for All Seasons,’ especially our own