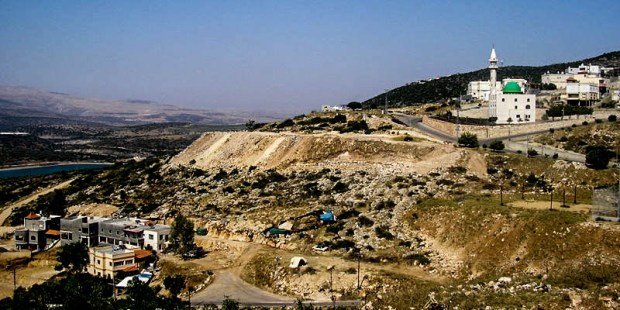 The findings date from the 1st century, around the time Jesus lived in the area.

While digging in their garden, an Israeli family residing in the village of Eilabun unexpectedly found the entrance to an intricate complex of underground stables carved in sandstone 2,000 years ago, during the Roman occupation of Judaea. The entrance to the stables, according to the report published by Haaretz, “remained hidden some 9 feet below the ground,” under centuries of accumulated debris, dust and dirt.

After the initial discovery, a group of archaeologists led by Nir Distelfeld kept on digging, discovering that these caves would have also been used as storage. They could tell because of some artifacts found in the place. But mainly the complex was used to house livestock: some “rooms” chiseled into the cave walls reveal animals would have been accommodated there.

Eilabun has been inhabited since biblical times. In fact, it is the site of an ancient Jewish village, only 11 miles from Nazareth, where, according to the Gospel, Jesus lived for most of his life. These caves have been dated as carved in the 1st century BC, around the time in which Jesus was living in the area. The caves would have been in use until the destruction of Second Temple, in the year 70.

Read more on the matter on the original note, published by Haaretz, here.