Remember the “Chainsaw Nun” from Hurricane Irma? Now you can drink to her health 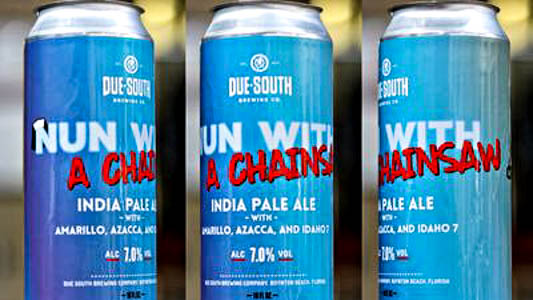 A beer inspired by Sister Margaret Ann is now available in cans or on tap.

After a video of a chainsaw-wielding Sister Margaret Ann clearing trees toppled by Hurricane Irma went viral, some Miami brewers were inspired to name a beer after her.

“Nun with a Chainsaw” India Pale Ale is the latest release from the Due South Brewing Company of Boynton Beach, and it’s available in 16-ounce cans and on draft, reports KXLY.

Most appropriately, local station WFTS reported the beer is a mix of “tropical and piney flavors.”