Think you know how to avoid the flu? 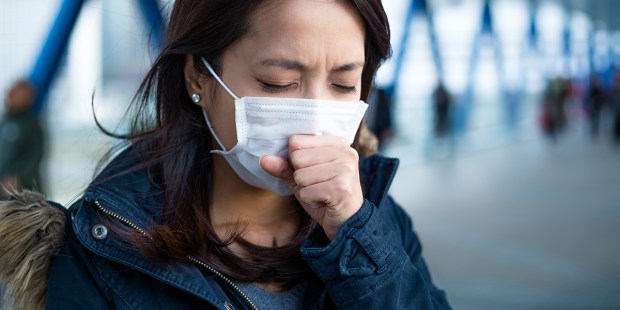 Think again … science says we’ve been doing it all wrong.

It’s that time of the year again. Cold and flu season is upon us, and everyone everywhere is arming themselves with tiny bottles of hand sanitizer and stepping out the door with trepidation. Even though we know how to avoid getting sick, it seems like every year we get sick anyway.

But maybe that’s because we don’t really know how to avoid getting sick. According to Smithsonian magazine, when it comes to avoiding the flu, we’ve all been doing it wrong.

It’s not just coughing: Merely breathing releases tiny particles that can contain flu viruses. Unfortunately, these particles are smaller than a human blood cell, meaning they’re pretty difficult to avoid. A 2013 study found that these fine droplets actually contain around 8.8 times more flu viruses than the coarse droplets you can see when someone sneezes (ew).

One consequence of this proliferation of droplets? You might want to avoid people who yell a lot. A recent study on the aerosols produced during human speech, which was presented at the American Physical Society’s Division of Fluid Dynamics conference this year and is pending publication in a peer-reviewed journal, expanded this research to find that yelling produces 50 times more aerosol particles than talking in a normal voice.

Yep, you read that right — instead of taking the long way to the office coffee pot to avoid your miserable, coughing coworker, you should have been ducking away from the guy yelling the Drudge Report headlines to the whole office. The cougher is significantly less likely to give you the flu than the yeller.

On the other hand, this is a shiny new weapon in the arsenal of mothers, schoolteachers, and daycare providers everywhere. “Children, it’s very important to use your inside voices because yelling makes everyone sick!” Not quite scientifically accurate, but potentially effective. Maybe. They are kids, after all.

What are some other cold and flu season misconceptions? First, those freaky surgical masks that everyone wore during the SARS pandemic are meant to protect people from getting sick, but maybe not in the way you think. They don’t filter viruses out of inhaled air to protect the wearer — they filter viruses out of exhaled air to protect everyone around the wearer. So they won’t stop you from getting the flu, but they will stop you from giving the flu to someone else. As an act of charity, make sure you wear one of these in crowded places if you do get struck by the flu.

Second, relinquish that hand sanitizer. While thorough hand-washing is a good way to stop transmission of cold and stomach viruses, it has no effect on influenza. That’s because influenza is transmitted in aerosol form, meaning it has to be inhaled. Mothers everywhere, you can also chill out a little if the flu hits one little this season. Isolation is way, way more effective than doorknob-and-surface scrubbing. You’re welcome.

Last but not least, Smithsonian recommends tossing your herbal and essential oil arsenal. Apparently none of these remedies have been proven to be effective, which tells me that Smithsonian is missing the point. During cold and flu season, we fight with every weapon we have. Who cares what science says about our unicorn tears woven by virgins at midnight? Sure, they might not be effective, but that’s not the point — they make us feel like we’re going to be okay, so we can step out the front door with slightly less trepidation.

So while I’m totally on board with staying away from yellers (or at least handing them a mask), you can pry my elderberry syrup from my cold, dead hands, Smithsonian!