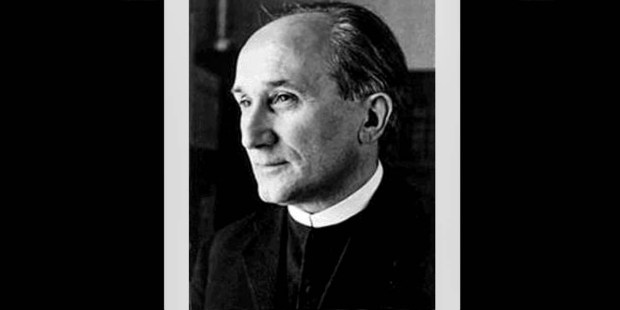 The archbishop of Munich and Freising, Germany, confirmed Tuesday that the process of beatification for the theologian-priest Romano Guardini will be opened in December, according to a report that same day on the German website katholisch.de. Considered one of the greatest theologians of the 20th century, the Italian-German priest influenced the thought of Pope Benedict XVI and Pope Francis, among many others.

Romano Guardini (1885-1968) was born in Verona, Italy, but spent most of his life in Germany. He is considered one of the most important theologians and philosophers of religion of the 20th century. He is known above all for his works on the liturgy, including The Spirit of the Liturgy, written in 1930.

With his work on this subject, he was one of the protagonists of the Liturgical Movement. This current of Catholic reform appeared in the mid-19th century and developed in Germany after the defeat of 1918, when Germans, in an intense search for meaning, turned toward monasteries.

The goal of the Liturgical Movement was to develop a better knowledge and love of the liturgy, especially on the part of the laity. It gave birth to various studies and journals, and had a great influence on the liturgical reform of the Second Vatican Council.

Professor of the future Benedict XVI

In Germany, Guardini taught in Berlin, Tübingen, and Munich. In the latter of these cities, where he was the cofounder of the Catholic Academy of Bavaria, he was a professor of the young Joseph Ratzinger. After becoming pope, Benedict XVI often referred to his old teacher. Notably, he adopted the title of The Spirit of the Liturgy for one of his own works, and asserted the concordance of his project with that of Guardini.

Pope Francis, for his part, began a doctoral thesis on Guardini in Germany in 1986—a project he never had the opportunity to finish. Nonetheless, he often revisits one of Guardini’s ideas which had guided his work: that of “life as polar opposition,” which is found in numerous passages of Pope Francis’ apostolic exhortation Evangelii Gaudium (“The Joy of the Gospel,” 2013).

Guardini’s exploration of the life and teachings of Jesus, The Lord, was published in English in 1954 and has never gone out of print. Flannery O’Connor warmly recommended the book to her friends, and in an introduction to a 21st-century edition, Pope Benedict XVI wrote, “The Lord has not grown old, precisely because it still leads us to that which is essential, to that which is truly real, Jesus Christ Himself. That is why today this book still has a great mission.”

Another beatification process opened: A martyr of the Nazi regime

The process for Romano Guardini’s beatification will be officially inaugurated on December 16 in Munich, at the same time as that of Fritz Michael Gerlich (1883-1934), an anti-Nazi journalist killed in 1934 in the Dachau concentration camp, on account of his being an active member of the resistance. The archbishop of Munich and Freising announced the opening of Gerlich’s process of beatification earlier this year, during the summer.

Having taken a public stance against National Socialism (Nazism) in 1931, Gerlich was arrested in 1933 on orders from Hitler. His beatification could be based on the recognition of his martyrdom.