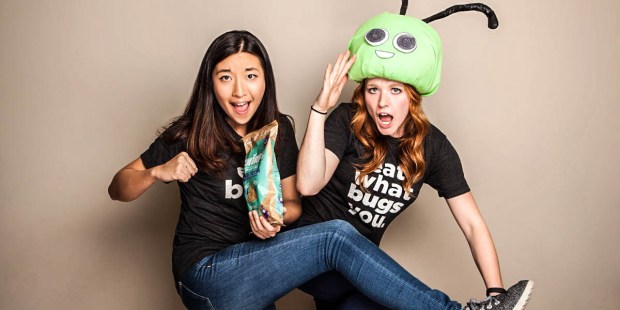 They think they’re all that and a bag of “Chirps.”

According to Spoon University, edible insects are this season’s “hottest snack.” Instead of potato chips, the adventurous among us might try a bag of Chirps, a chip-like snack made with cricket flour.

And just in time for Halloween, the website Edible Insects offers a milk chocolate cricket crunch bar for the kiddies, and a selection of insect-based snack food including Manchurian scorpions, fried chrysalises, and roasted mealworms to nibble on as you await the trick-or-treaters.

What makes these buggy bites so trendy? For one, they’re packed with protein and iron, which everyone seems to want these days.

And secondly, they’re being touted as a more sustainable food source than livestock. According to the folks at Chirps, for instance, insects use less land and cut the distance between farm to table. Before we go all buggy, we might want to take these claims with a grain of agave worm salt. While sustainability is all the rage, a recent article in Forbes notes that these claims may be deceptive. The environmental costs of procuring insects and the effects of overexploiting them remain unknown and could cancel out the benefits of a bug diet, according to the article.