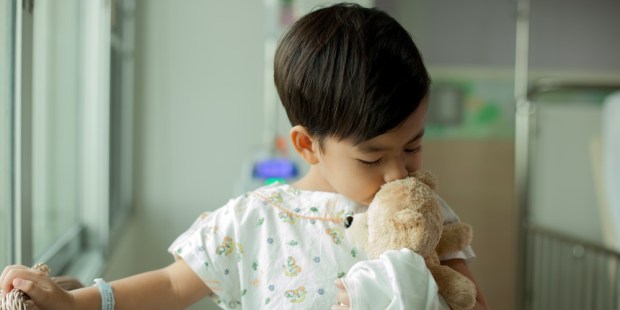 77 percent showed a markedly positive response through the first year after surgery.

Researchers from the All India Institute of Medical Sciences in New Delhi have developed a new surgical procedure that can benefit children suffering with drug-resistant epilepsy. The study, published in the New England Journal of Medicine, focused on 116 patients who underwent the operation. Seventy-seven pecent showed a markedly positive response through the first year after surgery.

The biggest fear for researchers was that the brain surgery might affect the development of the children’s intellect, but there has been no evidence of a drop in IQ. However, they have found a serious adverse effects in one-third of the children, a weakness in one side of the body known as hemiparesis. This condition is not uncommon in epileptic patients, who often develop it as a result of uncontrolled seizures.

Fox News has lead researcher Dr. Manjari Tripathi in an interview with Reuters about the work:

“What the study clearly shows is surgery for children produces seizure freedom compared to children not operated on for similar conditions.” Not only “does it reassure us that several surgical procedures are effective,” she said, it demonstrates that surgery “should be done as early as possible” once it becomes clear that a child is not responding to two anti-seizure medications.

There are nearly 50 million people living with epilepsy, and almost a third of them are resistant to anti-epilepsy drugs.

Of the 77 percent of children in the study who are considered “seizure-free,” a few did have seizures immediately after the operation. These cases were still counted among the successes, since the frequency of seizures decreased over time. Only 37 percent of patients did not have a seizure during the whole first year.