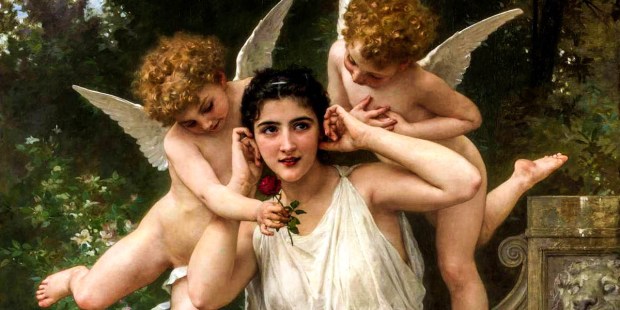 Born in the 12th century in France, Emilina was a devout soul who deeply desired to do God’s will. She was led to the Cistercian Abbey of Boulancourt at Longeville, France, but did not gain entrance into the community.

Instead, Emilina led a solitary life near the abbey and followed the Cistercian rule as much as she could. She had a deep prayer life, highlighted by extreme fasts and mortification. Emilina went barefoot all year round and her prophetic gifts soon attracted the attention of others.

Pilgrims from around the region would flock to Emilina for her spiritual guidance. She was known to predict with accuracy future events, but was most concerned with the visitor’s relationship with God. Humility marked her interaction with everyone and she never used her heavenly gifts for selfish gain.

Since she neither married nor professed vows with any religious community, Blessed Emilina is known as the patron saint of single lay women. Her feast is October 27.

Other saints to invoke are St. Agatha of Sicily, St. Margaret of Cortona and St. Praxides of Rome.

Below is a prayer for a single person that focuses on recognizing God’s presence in your life and asking God to guide you along the right path.

Eternal God,
from my mother’s womb
you have known and loved me
more than I can ever know.

I ask for the courage to live a holy life,
that your hand guide my decisions
and that your mercy be extended
when I seek my own glory instead of yours.

I ask for the wisdom to know your will for me,
and like Our Blessed Mother,
I ask for the strength to say yes.

May I find you in every person I meet, and may my life so shine forth
your goodness and love
that each person may be led to you
through Jesus, your Son,
who is Lord, forever and ever. Amen.

Read more:
Hey, bachelors! Here’s a saint for you