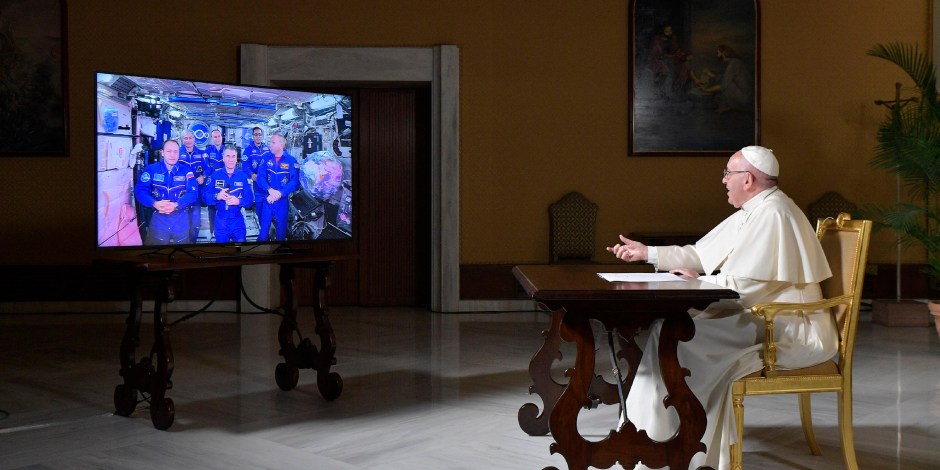 This handout picture taken and released on October 26, 2017, by the Vatican press office shows Pope Francis speaking during a video conference connection with the International Space Station (ISS), at the Vatican.

Pope Francis chatted with six astronauts on the International Space Station (ISS) today, kicking off the rare interview with a philosophical question on “man’s place in the universe.” Italian astronaut Paolo Nespoli, 60, admitted that despite the bird’s eye view of Earth he too remained “perplexed,” while American Mark Vande Hei said seeing the planet from space made them “realize how fragile we are.”