The fascinating spiritual origins of mascara 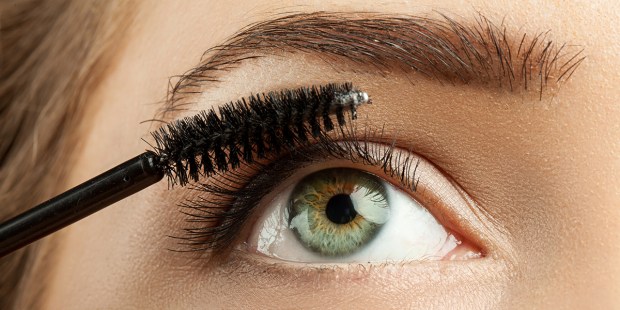 Believe it or not, accentuating our eyelashes is not a modern convention.

They say the eyes are the window to the soul, and from ancient times, women found a way to enhance them. Eyelashes are the eye’s frame, and  it can make a big difference when we accentuate them with mascara or eyeliner.

This is where mascara has its origins — except that it wasn’t originally a cosmetic product, nor was it just for women (yes, men used it too). Given the desert’s punishing weather and the widespread belief that certain demons could enter through the eyes, the Egyptians looked for every possible way to protect themselves.

Of course, they didn’t use mascara the way we do today (with a wand applicator). Instead, their version was a kind of paste made from water, honey, kohl, and crocodile manure. Just judging by the ingredients, we can imagine that it wasn’t so easy to apply.

The Egyptians’ influence crossed borders until it reached the Greeks and Romans, who also used makeup for their religious ceremonies and for fashion. A Roman philosopher, Pliny the Elder, said that women who abused sex gradually lost their eyelashes, so many women also looked for ways to make their eyelashes look full as a way to give “evidence” of their chastity.

With Queen Victoria, makeup found its place once more. Cosmetics were no longer looked down upon (years before, there had been a widespread rumor that only prostitutes used makeup), and both the upper and middle classes coveted good beauty products. New products were developed, and women could spend hours in front of the mirror applying makeup. Long, dark eyelashes became an obsession.

A perfumer of Queen Victoria, the Frenchman Eugène Rimmel, was the first to create an industrial and non-toxic mascara out of carbon dust and vaseline. It became an instant hit, although it wasn’t the greatest formula.

The whole world embraced mascara a few years later when a woman named Mabel Williams joined forces with her brother, the cosmetics businessman T.L. Williams, to create a slightly better formula (adding oils so that it would be easier to apply with a wand) and above all, to launch a big marketing campaign. Together they founded the company Maybelline (yes, the same one we see in pharmacies today).

It was Helena Rubinstein who created the famous wand with the little tube we know today, as well as waterproof mascara, which began as a special request by the American synchronized swimming team and was popularized afterward.

Finally, with the golden age of Hollywood and its great actresses like Audrey Hepburn and Marilyn Monroe, mascara became an international hit and became the much-coveted cosmetic that helps women get those high-impact eyes that the Egyptians also valued so highly.