What does your prayer book say about you? 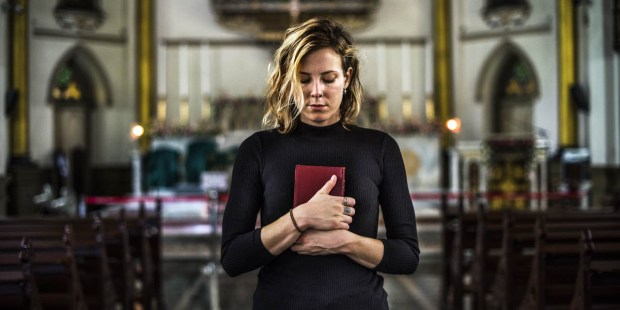 To help you grow in your relationship with God, the value of a prayer book that speaks to you is beyond measure.

Do you have favorite prayer book?  Over the years I have used several prayer books, never claiming any as my “go to” book, but instead choosing to use one for a time then shelving it, and using a different one. I guess that makes sense. After all, I have contributed to devotional literature with daily prayer books, rosary devotionals, and Marian meditations.

Recently, though, I was faced with a question: At the end of my life, what will my prayer book say about me? This question came to mind as I sat in the sanctuary for the funeral of my mother’s godmother. After they placed the pall on her casket, they placed her prayer book on top. It was worn and tattered. Pages were falling out. There were many holy cards inside. The book was held together by several ribbons.

It was very apparent to me, just looking at her prayer book, that this was a woman who prayed a lot, and I hoped that a similar image and message could be conveyed on the day of my Christian burial. As a priest, I am obligated to pray the breviary daily, and I’ve seen breviaries in similar condition as that woman’s prayer book. I thought there might be hope for me.

A few days after that funeral, I continued to sort through my mother’s belongings after her death. In one of the boxes I discovered a prayer book that had belonged to my grandmother and was given to her in the 1930s following her Confirmation or First Holy Communion. It was a special moment for me, holding the same book that my grandmother held in her hands as a child — a book that also contained catechetical lessons from which she learned the faith. It’s a prayer book I’ll treasure for years to come.

These prayer book vignettes are quite dated: the prayer book of a 97-year-old woman who recently died and the discovery of a prayer book from the 1930s. As a Catholic in the third millennium we might ask whether prayer books are necessary. Shouldn’t we be praying from the heart? Why not pray with the Bible? What’s the value of scripted prayer? They are all good questions, and yes, we should pray from the heart and use the scriptures. The value of our prayer book is that is can teach us how to pray. Using scripted prayers gives us a model for how we can pray ourselves. There also might come a time in our life when we won’t know how to pray in a particular moment. Our prayer book can give us the words to pray when we don’t know what to say.

Do you have a prayer book? What does your prayer book say about you? I hope it says that you are a person who prays a lot, evidenced by your thumb prints on the pages falling out of the book. If you don’t have one, here are a few that you might find appealing. Over time, one of these might become your prayer companion for life.

Handbook of Prayers — One of the more popular prayer books available.

My Prayer Book by Fr. Lasance — A classic prayer book that would have been used by your grandparents.

Manual of Prayers — A prayer book put out by the North American College in Rome for priests and seminarians, but also valuable to the laity.

Catholic Pocket Prayer Book — A prayer book with many different prayers for all the occasions that may arise. A prayer book that should be well used since it fits in your pocket!

Queen of Apostles Prayer Book — A book that comes highly recommend by the Pauline Sisters. It contains an assortment of prayers.

Manual for Spiritual Warfare — A prayer book that will help you fight the devil and ward of his influence in your life.

St. Faustina Prayer Book for the Conversion of Sinners by Susan Tassone — A beautiful prayer book that helps Catholics pray for one of the biggest prayer requests of our age—conversion of souls. This book includes prayers from the Diary of St. Faustina as well as others from Catholic tradition. A valuable collection!

The Catholic Mom’s Prayer Companion: A Book of Daily Reflections — A helpful daily devotional for moms that meets them where they are at in life and brings them to a few moments of prayer and reflection.