5 Things you can say to help your child gain confidence 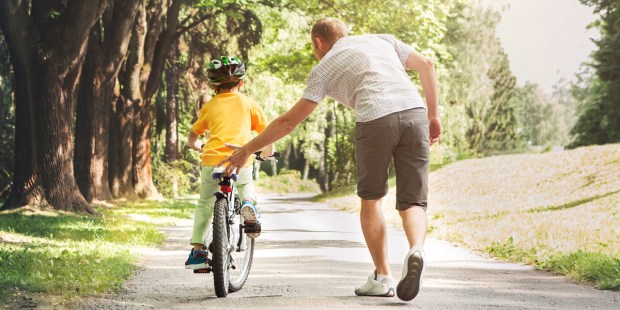 These simple expressions are crucial for character building … with a few to avoid under any circumstances.

Confidence is key for the healthy development of a child’s personality. From an early age our actions and words are critically important in helping to build this confidence. A first step should be to encourage our children in their experiences, and make them try things within their reach that are not too tricky, but not too easy either. By gaining confidence, a child will thrive and develop the spirit of courage, love, and enthusiasm given to him by God. Thanks to this confidence, even the youngest of children will understand what they are capable of doing, whether alone or with the help of others. And through this they’ll also develop an awareness that there is strength in numbers.

The parents’ role is crucial in this development. We are able to watch over this learning process in an environment where we have tried to limit the risks. We show them the way but without judgement or comparison. We build their confidence by encouraging their next steps, while taking into account our child’s temperament and abilities. Little by little, with careful and positive guidance, our little cherubs grow into confident young men and women ready to take on the world, with faith in themselves and in God.

There are some great phrases parents should use in abundance to accompany their children on the road to confidence, and we’ve got them all here for you—as well as a few we should avoid!

Phrases to use freely that give your child confidence in themselves:

These few simple words are important for a child-parent relationship, because in many cases it is important to de-dramatize the possible outcomes (success is good, but failure is OK, too). They’ll learn that sometimes the worst that can happen is not so bad.  Look at this example: “Try and make it to the top of the jungle gym! See if you can go higher than last time. I can be there to catch you if you want.” The child knows that it’s not the end of the world if he doesn’t make it to the top, but he also knows that even just doing a little bit better is a victory. Over time, through experimenting, the child will grow in confidence. He’ll realize that he’s managed to do something new. Despite his fear, he still did it.

“Are you happy with what you’ve done?”

Asking a child how he feels is a way of understanding him better. We can get an idea of how he perceives himself, and we open the possibility of discussion. It’s not parents who are the primary assessors. We can show our feelings and our impressions without passing definitive judgement. Saying, “I think your picture is really pretty,” is a way of expressing to our child how we feel, while respecting the child’s own evaluation. On the contrary, just saying “It’s pretty!” is an affirmation, which makes us the judges and invalidates the child’s opinion if it’s different from ours.

Our opinion shows our appreciation for what the child has done. However, the assessment must be honest for it to be perceived by the child as being credible, so there’s no point adding exaggerated superlatives. “Wow, you’re the most organized child ever!” might seem a bit too much. The child will understand reality better if your comment is sincere and realistic.

It is preferable to explain a danger to children, rather than stopping them in their tracks without explaining. Parents often cause their children anxiety, while trying to protect them. What mom hasn’t said: “Don’t walk near the edge, you’ll fall!”? On one hand, the child might not understand the reason for the prohibition; on the other, telling them they will fall is sometimes the best way to actually make them fall; they may either want to prove they won’t and hence be more reckless, or be startled and disconcerted by the warning, and lose their footing. A better alternative could be to say, “The wall is really high; stay a little further away from the edge, so there’s no risk of falling.” By not actually stopping the child abruptly, but giving a reasonable explanation, you will give him a better understanding of the situation.

“Come with me—we’ll do it together.”

When a child has confidence, they don’t feel in danger. That’s what allows them to do new things and to experiment. If we say to them, “Try to do it—I have confidence in you,” it will help them to develop their autonomy. If they seem a little uncertain, we can accompany them until they realize that they can do it themselves. This is a key step for the child to be able to develop self-confidence.

“You are the strongest!” (or smartest, or fastest …)

Using superlatives to describe a child to his or her face can backfire. Either the child believes them, and consequently feels the need to be in a permanent show of force with others, or he doesn’t believe it because he knows it’s not based on reality, and he loses confidence and develops feelings of insecurity and inadequacy because he sees he’s not living up to the ideal his parents project on him.

Parents often expect a lot from their children, making them do all sorts of things without taking into consideration the limits of their energy and development. We can’t make our kids push themselves to the extreme. We have to look at the child’s temperament, and then we can rein them in if they have too much confidence, or encourage them if they don’t have enough.

This article was originally published in the French edition of Aleteia, and has been translated and/or adapted here for English-speaking readers.