After a decade-long legal battle, France’s top administrative court has ruled that a town in Brittany remove a cross over a statue of Pope John Paul II because it violates a 1905 law banning any “religious sign or emblem” in a public space.

The prime minister of Poland, upon hearing of the fate of the cross, offered to have it shipped to Poland to “save it from censorship,” the Telegraph reported.

“Our great Pole, a great European, is a symbol of a Christian, united Europe,” she said.

“The dictates of political correctness” and “secularization of the state” were promoting “values which are alien to our culture, which leads to terrorizing Europeans in their everyday life,” she added.

The Telegraph reported that the Catholic Church called the ruling “balanced” and in keeping with the 1905 law.

The mayor of Ploërmel, the town in Brittany at the center of the controversy, has proposed a compromise: rather than remove the cross, he would like to sell the public land it is on to a private investor. 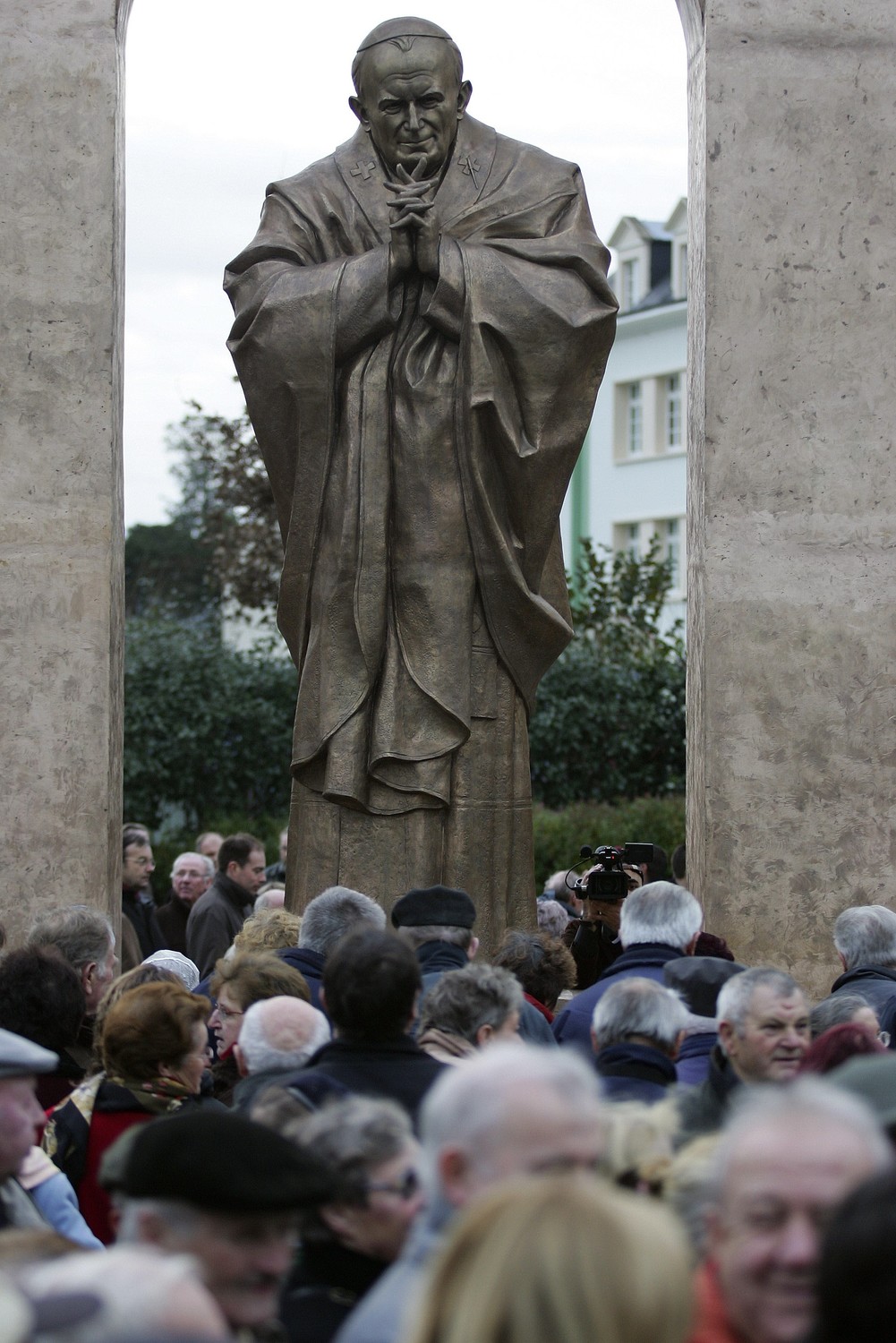