How to tell a Romanesque church from a Gothic one 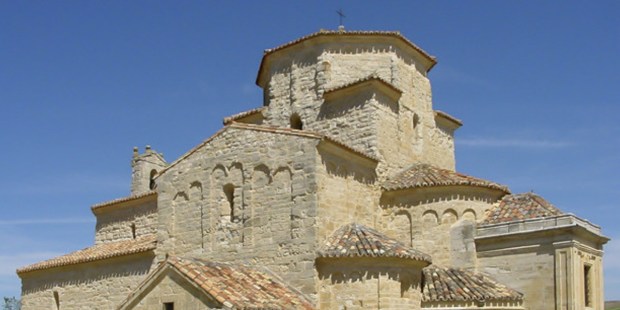 Lourdes Cardenal | CC0
La Anunciada , Romanesque hermitage with Lombard decorationUrueña is a walled town in the province of Valladolid , Spain. It is situated in Tierra de Campos, on a hillock at the foothills of the Montes Torozos. It was proclaimed a historical and artistic site in 1975.
Share
Print
Daniel Esparza - published on 10/30/17

The main architectural difference is in the arches.

To some, anything built between the much contested “Fall of Rome” and the Renaissance falls under “medieval architecture,” indistinctly. Needless to say, this is but a blunt simplification, pitifully too often repeated, for several different reasons that go from a too-long-held prejudice born in the early 15th century to simple lack of interest. But simple common sense and a little bit of healthy curiosity are enough to challenge the idea that no changes whatsoever occurred, whether in art, science, architecture or any other field, in more than 10 centuries.

Read more:
Debunking 3 myths on the Fall of the Roman Empire

One of those many changes is the transition from Romanesque to Gothic architecture; that is, the shift from an architectural style inspired by Roman features to another one that assumes and adapts the influence of Goth culture and style. In this short excerpt from a BBC documentary, we can appreciate what made possible such a shift: the incorporation of a different kind of arch as a main building element, that allowed for more light and a better distribution of weight in construction.