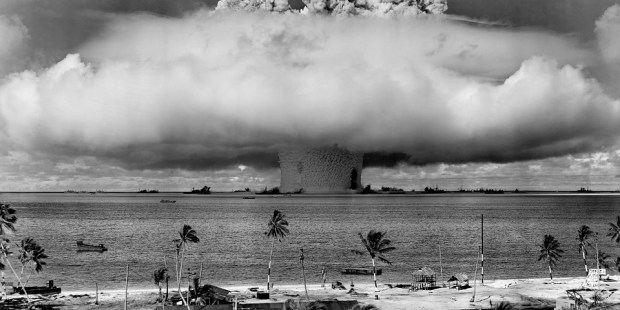 Pope says nuclear weapons are a threat that could lead to the “suicide of humanity.”

The Vatican is not proposing to mediate in the crisis between the United States and North Korea; rather, it is organizing a “simple conference” on nuclear disarmament, clarified Greg Burke, director of the Holy See’s Press Office, in a statement today.

Titled “Perspectives for a World Free from Nuclear Weapons and for Integral Development,” the conference will be held in the Vatican on November 10-11.

Representatives of the United Nations and NATO are also expected to participate in this conference.

On the part of the Holy See, among those expected to participate in the event are Secretary of State Cardinal Pietro Parolin, and Cardinal Peter Turkson, prefect of the Dicastery for the Promotion of Integral Human Development. The participants are scheduled to be received in an audience by Pope Francis.

The conference is being organized by the Dicastery for the Promotion of Integral Human Development; during a visit to the dicastery’s offices today, the pope said that nuclear weapons are a threat that could lead to the “suicide of humanity.”

Last September 21, the Holy See was one of the first states to sign and ratify a treaty prohibiting nuclear weapons, resulting from the United Nations Conference “To Negotiate a Legally-Binding Instrument to Prohibit Nuclear Weapons, Leading Towards Their Total Elimination.”

It is the first international treaty forbidding the parties any activity in connection with such weapons.